Biden said that he "will govern as an American president", in a passionate speech delivered on Wednesday night.

Joe Biden has spoken officially for the first time in a number of hours, during a pivotal stage in the US election.

While CNN crucially declared Michigan as his state, the former Vice-President said that he wants to try and "heal the nation", as US President. 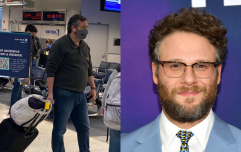 END_OF_DOCUMENT_TOKEN_TO_BE_REPLACED

He opened his speech by addressing his "fellow Americans", and went on to say that he felt it was clear that he was winning enough states to achieve the necessary 270 electoral votes.

He said: "I'm not here to declare that we've won. But I am here to report, when the count is finished, we believe we will be winners."

He also made it clear that he would ensure that every vote be counted, saying: "We will not surrender our democracy. Not now. Not ever."

He continued: "We are campaigning as Democrats, but I will govern as an American president.

Based on CNN's projections, he now has 264 electoral college votes and has three clear paths to cross 270 by getting over six from Nevada or by winning in either Pennsylvania or Georgia.

Meanwhile, current US President Donald Trump is complaining on Twitter about the way the results are going, with a recent tweet saying: "What a terrible thing is happening!"

The Big Reviewski || JOE · TBR Spotlight: The Falcon and the Winter Soldier Episode Five - 'Truth'
popular
The 50 most iconic songs of all time* have been revealed
QUIZ: Can you answer all of Sinead and Daniel's questions on the Irish Celebrity Who Wants to be a Millionaire?
People think they've figured out the ranking of the viewers on your Instagram Stories
PICS: The man with the biggest penis in the world has one unbelievable problem with it
The JOE Friday Pub Quiz: Week 239
The Falcon and the Winter Soldier has the most powerful scene in MCU history
QUIZ: You'll find it hard to name all these towns from their Irish name (part 2)
You may also like
2 months ago
New footage from Capitol Hill riots shows rioters chanting "Hang Mike Pence"
2 months ago
Bernie Sanders is using his inauguration meme to raise money for charity
2 months ago
Joe Biden has been sworn in as the president of the United States
2 months ago
Donald Trump hints at potential second term as he officially leaves White House
3 months ago
Cori Bush denounces Trump as "white supremacist" to chorus of boos
3 months ago
Donald Trump becomes first US President to be impeached twice
Next Page