“It has been the bedrock of peace, stability and prosperity."

A spokesperson for US President Joe Biden has said that he has been unequivocal in his support for the Good Friday Agreement.

The 1998 deal, which is credited with mostly bringing an end to the Troubles, enshrined cooperation with the Republic of Ireland. 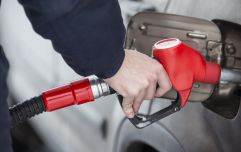 END_OF_DOCUMENT_TOKEN_TO_BE_REPLACED

The British government on Thursday unilaterally extended the grace period for post-Brexit supermarket agri-food movements from the rest of the UK to Northern Ireland, following lobbying from businesses.

White House press secretary Jen Psaki was asked about a potential UK-US trade deal and about Thursday's announcement from the UK government to change how the Northern Ireland Protocol is implemented.

“President Biden has been unequivocal about his support for the Good Friday Agreement," Psaki said.

“It has been the bedrock of peace, stability and prosperity for all the people of Northern Ireland.”

She added: “We also welcome cooperation between our British and Irish partners on the Northern Irish protocol and the recent strong statements on these governments’ full commitment to the Good Friday Agreement.”

“Any trade deal between the US and UK must be contingent upon respect for the Agreement and preventing the return of a hard border. Period.”