John Bercow, Speaker of the House of Commons, will resign by the end of October

Yet another chapter of chaos in the Brexit tale.

John Bercow, one of the most well-known players in the never-ending Brexit drama, has announced that he will not contest the next election.

Bercow, who has been Speaker of the House for over 10 years, has been at the centre of all parliamentary proceedings with regard to Brexit.

It is anticipated that a general election could happen as soon as October, as the government has now lost their majority in the House of Commons by almost two dozen seats. If a general election is not held before then, Bercow will step down on 31 October.

Speaking in the House of Commons today, Bercow said he had promised his wife and children that this term would be his last in office, and that he intends to honour that promise.

In recent days, the Conservatives have accused Bercow - who is a Conservative - of being impartial, and of "flagrant abuse" of parliamentary process, in allowing MPs to take control of the legislative agenda and passing a law that would legally rule out a no-deal Brexit.

Bercow's party was planning to run a candidate against him in his constituency of Buckingham, in an attempt to remove his seat. 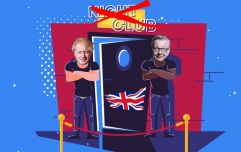 END_OF_DOCUMENT_TOKEN_TO_BE_REPLACED

If a general election is not held before Bercow's deadline, the new speaker will be selected by parliament, where the government no longer has a majority.

Upon making his announcement, Bercow was praised by Labour MP Hilary Benn as "a reforming Speaker who has empowered parliament."

It is the role of the speaker to maintain order during parliamentary debates — and Bercow has become well-known for his distinctive calls for order.


popular
Singer Duffy reveals she was drugged and raped while being held captive
Rallies prove that Sinn Féin are playing the game better than anyone else right now
QUIZ: Can you name the capital cities of these 30 countries? (Part Two)
The 50 most iconic songs of all time* have been revealed
QUIZ: The devilishly tricky grammar quiz that will drive you around the bend
These are the 10 most popular movies and TV shows on Netflix in Ireland right now
Lonely Planet have created an alternative bucket list for those travelling around Ireland
You may also like
3 days ago
Britain's "iconic" post-Brexit passport unveiled, actually manufactured in Poland
1 week ago
Northern Ireland's new Secretary of State: "UK government will not be having a border down the Irish Sea"
1 week ago
Julian Smith dismissed as Northern Ireland Secretary
2 weeks ago
Investigation launched over potential plot to blow up lorry on Brexit day
3 weeks ago
Massive drop in import of cars from UK to Ireland due to new emissions levy
3 weeks ago
'Happy Brexit Day' poster telling people to speak English reported to police
Next Page