On Monday at Belfast Crown Court, Judge Smyth addressed the young woman who also attended an after-party at the home of Ireland international Paddy Jackson, and who opened the door of Jackson's bedroom while the alleged incident was taking place, describing her as a "key witness."

Asking the jury to consider her impression about "what she had heard and what she had seen," the judge reminded them of this young woman's evidence both to police and to them. 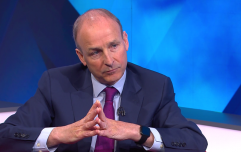 END_OF_DOCUMENT_TOKEN_TO_BE_REPLACED

She told police that she was "100% sure" she saw Jackson having sexual intercourse with the complainant, and was also "100%" about the woman in the bedroom not being in any distress.

When asked if she had any concerns about the complainant's safety when she left the room, the woman said, "no."

Judge Smyth also addressed inconsistencies in accounts that the complainant gave to her friends, medics, and police, and also when she gave evidence at the trial last month.

She asked the jury to consider all these accounts and to determine "whether her evidence is true," and once again told them distress and demeanour were not indicators of truthfulness.

Judge Smyth noted different accounts she disclosed in the hours after the incident, which included texting her friends with varying versions of how many men raped her, not telling the Brook Clinic that there had been forced oral sex, not telling police from the outset a woman had walked into the bedroom, and also differing accounts concerning when Blane McIlroy came into the room.

The judge said: "When you come to consider whether or not her account is true, you must avoid making an assumption that because she said something to someone else, her evidence to you is untrue.

"The mere fact she has not been consistent in the account she has given does not necessarily mean that her evidence is not true." 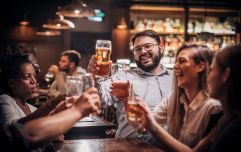 END_OF_DOCUMENT_TOKEN_TO_BE_REPLACED

Saying inconsistencies were not uncommon in cases such as this, the judge said different people reacted in different ways when recalling such an experience.

She added, "After such an event, some people may go over and over it in their minds and their memory may be clear, whilst other people may try to avoid thinking about it."

Urging the jury to "look at all the evidence" to determine what effect this has on the complainant's account, the judge said: "If you are sure her account is true, you are entitled to reply on it. If you think it's not true, you cannot rely on it."

Judge Smyth will continue her charge at a hearing on Tuesday morning, and once this is complete, she will send the jury out to deliberate a total of six charges against the four defendants.

popular
John McAfee’s Instagram deleted after cryptic 'Q' post following his death
A BBC documentary on the Peru Two is coming next month
Britney Spears tells court father won't let her remove birth control
Aldi launches new garden collection including massive waterpark, slides and 14ft pools
The Ultimate Robert De Niro Quiz
Limerick teenager arrested as part of international money laundering investigation
It’s official, your pint is one of the most expensive in Europe
You may also like
3 hours ago
New “enhanced” bus services to begin this weekend in Dublin
6 hours ago
Eamon Ryan "cautiously optimistic" indoor pubs and restaurants will return on 5 July
7 hours ago
80% of Irish organisations predict widespread reluctance from workers to return to offices, survey finds
7 hours ago
Irish economy expected to grow by over 11% this year, says report
17 hours ago
Minister says Tallaght could be site of new National Maternity Hospital instead of St.Vincent's
21 hours ago
It’s official, your pint is one of the most expensive in Europe
Next Page