July 2021 was the Earth's hottest month on record, US agency says

“In this case, first place is the worst place to be."

July 2021 was the world’s hottest month ever recorded, according to new global data released on Friday by the US National Oceanic and Atmospheric Administration (NOAA).

The agency said the combined land and ocean-surface temperature was just under a degree (0.93C) above the 20th-century average of 15.8C, making it the hottest July since records began 142 years ago.

Drone with sausage attached helps save dog from drowning

END_OF_DOCUMENT_TOKEN_TO_BE_REPLACED

“In this case, first place is the worst place to be,” said NOAA Administrator Rick Spinrad.

“July is typically the world’s warmest month of the year, but July 2021 outdid itself as the hottest July and month ever recorded.

"This new record adds to the disturbing and disruptive path that climate change has set for the globe.”

With last month’s data, the NOAA said it is "very likely" that 2021 will rank among the world’s 10-warmest years on record.

On Monday, a report was released from the Intergovernmental Panel on Climate Change (IPCC) that has been described as a "code red for humanity".

The report states that human factors are “unequivocally” the cause of rapid changes to sea levels, melting polar ice and glaciers, heatwaves, floods and droughts.

END_OF_DOCUMENT_TOKEN_TO_BE_REPLACED

On the IPCC report, Spinrad said: “Scientists from across the globe delivered the most up-to-date assessment of the ways in which the climate is changing.

"It is a sobering IPCC report that finds that human influence is, unequivocally, causing climate change, and it confirms the impacts are widespread and rapidly intensifying.”

In a statement on Tuesday, Taoiseach Micheál Martin called the report "hugely important" and said its publication "could not be more significant or timely, detailing the increasingly dangerous future that is ahead of us, unless action is taken by all of us, now".

The Taoiseach said that Ireland is "stepping up domestically" to the call for urgent climate action. 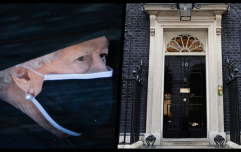 END_OF_DOCUMENT_TOKEN_TO_BE_REPLACED

"The Climate Action Plan 2021 will be published this Autumn and will reflect our higher level emissions reduction ambition and will set out the direction of Ireland’s response to the deepening climate crisis. We will set out in detail, sector by sector, the targets and steps necessary to achieve our overall objectives.

"The IPCC warns that the window of opportunity to act is closing. The time to act is now and Government is doing so. But Government on its own cannot make the difference required. In our Republic, every citizen, industry and community must embrace this challenge and make the decisions necessary for positive change.

"I am absolutely confident that we understand the scale of what needs to be done and that we are equal to the task."

For more details about the NOAA data, visit the agency's website here.

popular
QUIZ: Can you get 15 out of 15 in this tricky science quiz?
Witnesses of indecent exposure incident during Ashling Murphy online vigil urged to contact Gardaí
Large crowds gather outside Tullamore courthouse as man charged with murder of Ashling Murphy
Here's the line-up for this week's Late Late Show
A gripping '90s thriller is among the movies on TV tonight
60 jobs available on Stena Line with 50% of your time spent not working
Amazon Prime Video has quietly added 18 big releases to its library
You may also like
6 days ago
Novak Djokovic facing deportation after visa cancelled for the second time
1 week ago
Prince Andrew fails to get Virginia Giuffre sex assault lawsuit dismissed
1 week ago
Boris Johnson finally admits he attended No 10 garden party
1 week ago
Investigation launched into "illegally" leaked footage of Australian TV presenters slamming Novak Djokovic
1 week ago
Over half of Europe’s population predicted to catch Omicron in next six to eight weeks
1 week ago
Man receives genetically-modified pig heart in "first-of-its-kind" transplant
Next Page