The Central Statistics Office has released new statistics on crime in Ireland.

Most notably, the numbers reveal that just 11% of sexual offences were detected by the Gardaí in 2018. For a crime to be categorised as "detected", at least one suspected offender must be identified and sanctioned.

At the higher end of the scale, controlled drug offences were solved in 85% of cases. Three out of four homicide cases were solved, but attempts/threats to murder, assaults and harassments had a detection rate of 32%.

81% of public order and social code offences resulted in punishment for at least one suspect.

The full breakdown of detection rates can be seen below: 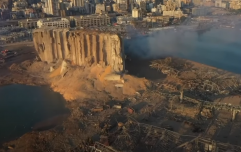 END_OF_DOCUMENT_TOKEN_TO_BE_REPLACED

Scriven also noted that just because the crimes reported in 2018 weren't solved in 2018 doesn't mean they won't be solved eventually.

"Detection rates for crimes reported in 2018 are likely to increase over time as more investigations are completed, as a time lag can be expected in solving crime (preparing files for prosecution, awaiting technical evidence, etc.)."

The publication is based on data recorded by An Garda Síochána on its PULSE (Police Using Leading Systems Effectively) and FCPS (Fixed Charge Penalty System) databases. However, such statistics are categorised by the CSO as "under reservation".

By way of explanation, the CSO said: "PULSE data is now subject to a number of separate ongoing quality reviews and does not currently meet the CSO’s standards for completeness and accuracy. The timeline for the completion of these reviews has been extended on a number of occasions and at present there is no firm completion date."


popular
QUIZ: Can you name all the countries beginning with S?
Six new Covid-19 clusters identified in vulnerable groups
Here's Week 44 of JOE's 19 in 90 quiz
TRUE OR FALSE: Do you know all the collective nouns for these animals?
QUIZ: Where in the body are these bones located?
"Alcohol can make people less aware of social distancing," NPHET tells government
"We’re lower than the world." Trump attempts to explain US Covid-19 situation in extraordinary interview
You may also like
18 hours ago
At least dozens killed following massive explosion in Lebanon
23 hours ago
Toddler remains in critical condition following incident in water feature in Monaghan
1 day ago
John Hume will fix it, he always fixes it
2 days ago
Two dead following car crash in Cork
3 days ago
A man has died following a road crash in Wexford
4 days ago
Man in his 30s killed following stabbing in Kildare
Next Page