After voting for someone he truly trusts – himself – Kanye is going to have to do it all over again in four years.

Musician Kanye West appears to have conceded that his bid to become President of the United States in this election is destined to come up short, but also immediately launched a campaign to run again in four years’ time.

Late on Tuesday night, in a tweet that has since been deleted, West posted a picture of himself against a backdrop of a map of the United States, which illustrated the states that had been won by current incumbent Donald Trump and his main rival for the presidency, Joe Biden.

The picture was posted with a caption that read WELP – a word typically used to convey resignation or disappointment – and KANYE 2024. 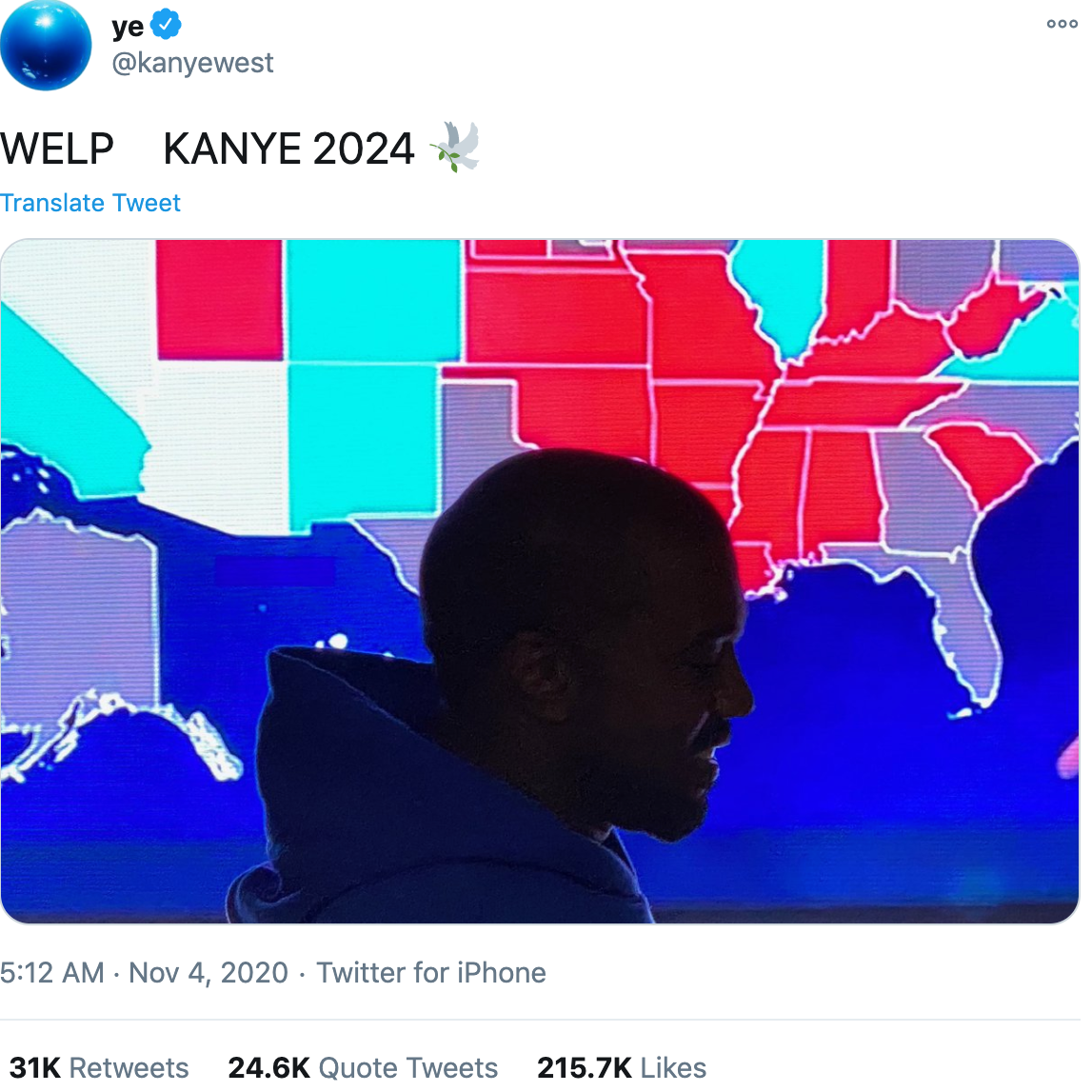 Earlier in the day, West had posted evidence of him casting a write-in vote for himself in Wyoming, where write-in votes are not counted for candidates unless they win the election.

The first vote of my life We are here to serve We pray for every servant leader in the world 🕊 pic.twitter.com/UWSrKslCt1

West said that he was voting in a US presidential election for the first time in his life and that he would be voting for someone he truly trusts – himself.

God is so good 😊 Today I am voting for the first time in my life for the President of the United States, and it's for someone I truly trust...me. 🇺🇸 🕊

West, who had described himself as the ‘birthday candidate’ when launching his presidential campaign last summer, made it onto the ballot as an independent/third-party candidate in 12 states

He made it on to the ballot as either an independent or third-party candidate in 12 states: Arkansas, Colorado, Idaho, Iowa, Minnesota, Oklahoma, Utah, Tennessee, Kentucky, Louisiana and Vermont.

You can check Associated Press figures for West’s performance in all of those 12 states here.