Tusla has pledged to "use the full rigour of the law" regarding the scandal.

The exposé sent two reporters undercover as créche employees at Hyde & Seek Childcare, after being contacted by a number of parents about the level of standards in place.

END_OF_DOCUMENT_TOKEN_TO_BE_REPLACED

Once working there, the reporters - who were fully trained and Garda vetted - discovered that a number of other employees working with children had not been fully vetted before being hired.

It was also found that the ratio of adults to children was beyond the strict guidelines set out by child and family agency Tusla, with a single staff member left alone with twenty children for an hour or more at a time.

Additionally, there were concerns over the sleeping conditions, with cots packed so tightly together that it made it next to impossible for staff to properly care for the children under their care.

Through their investigations, RTÉ discovered that Hyde & Seek had remained unregistered by its owner Anne Davy for a full 14 months after opening in January 2018, meaning it was not subject to regulatory inspections and checks.

There has been a huge reaction from the general public, both in real-time as the documentary aired and after the fact, with the general consensus being one of heartbreak, disgust and outrage.

Speaking on RTÉ Morning Ireland on Thursday, Minister for Children and Youth Affairs Katherine Zappone noted that she was "shocked and appalled" by the programme.

"I just felt deeply shocked and appalled to see the children being treated in this way," Zappone began. 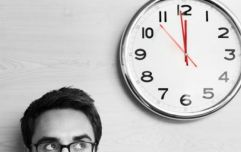 The clocks are going back this weekend, here's everything you need to know

END_OF_DOCUMENT_TOKEN_TO_BE_REPLACED

"I am so concerned that despite very much improved standards and regulations and inspections, that this appalling behaviour is happening.

"I can totally appreciate the sentiments expressed by any parents watching those who have children in those services; [they] must feel devastated."

Zappone noted that she will "plead with parents to listen to their gut" and encouraged anyone with concerns to contact the relevant inspector at Tusla.

The Minister was then asked if the Hide & Seek organisation should be shut down entirely.

"As the Minister, I really don't want to say anything to inhibit the process that Tusla is engaged in at present as the inspectorate," she replied. 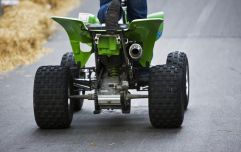 END_OF_DOCUMENT_TOKEN_TO_BE_REPLACED

"I know that since 2018, they have been inspecting the services. They have been engaged in enforcement activities; some of which have led to legal proceedings - they brought one of the services to court earlier this year.

"But I am assured that that enforcement action is continuing and I really don't want to say anything further that might impact the due process that needs to be completed."

In conversation with Miriam O'Callaghan on RTÉ Radio 1 on Thursday, Tusla Director of Quality Assurance Brian Lee vowed to "use the full vigour of the law" in response to the documentary's findings.

"We will take full action, up to criminal prosecution," Lee noted, who added that he was "sick to his stomach" by the reporting.

"We have powers to proceed on that basis to remove the service from the register so that they can no longer operate."

popular
The JOE Music Quiz: Week 30
The JOE Pub Quiz: Week 214
Diageo confirm Guinness cans will temporarily no longer have the floating widget
The 50 most iconic songs of all time* have been revealed
QUIZ: Can you identify these capital cities on a map?
QUIZ: Can you name all the heroes on The Boys?
The JOE Movie Quiz: Week 74
You may also like
18 hours ago
Public advised not to use any products from the ViraPro range
18 hours ago
Gardaí seize beer kegs and a significant quantity of spirits in Kildare Shebeen
1 day ago
Over €7 million worth of cannabis seized at Dublin Port
1 day ago
Teenager hospitalised after a bus collided with a car in Cork
1 day ago
Seven further Covid-19 deaths, 777 new cases
3 days ago
1,167 new Covid-19 cases confirmed, three further deaths
Next Page