The new club is giving people an alternative, non-alcoholic night out option.

Dubbed the first non-alcoholic nightclub in the county, organiser Lisa Curran said the aim of its events, which will take place in different venues, is to offer a space for non-drinkers in Ireland to make friends. 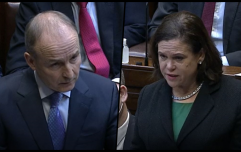 END_OF_DOCUMENT_TOKEN_TO_BE_REPLACED

"We discovered that 25% of the adult population in Ireland do not drink and they do not have a place to go, where they're not surrounded by other drinkers or with peer pressure, and meet like-minded people," Curran told Newstalk's Lunchtime Live.

However, she adds that the club is "not anti-drink," stating that it's "wide open for people that just decide this week I'm not going to drink" as an alternative choice.

The Virtue Club's first event took place on Thursday night at the Croí venue in Tralee, with non-alcoholic beers, ciders, wines and cocktails on offer to patrons, along with food.

Around 60 people were in attendance at the event, which also included live music, comedy and magic.

As for what's next for the club, Curran said that the goal is to work towards getting it its own venue.

However, for the time being, the club's efforts will be on seeing what its patrons like. 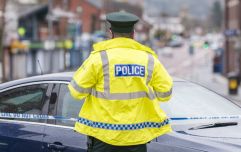 END_OF_DOCUMENT_TOKEN_TO_BE_REPLACED

"We really want to... go across to different venues... and say 'okay, this venue is a nightclub venue - The Virtue Club are there for that night so obviously that's going to be a non-alcoholic dance DJ night.'

"Or then if it was a venue known for acoustic gigs, quirky entertainment, you know what you're going to get with that venue - what we come in with then is a trusted brand, a trusted name where people know they can trust our experience."

popular
Secretary-General for Department of Health receives €81,000 salary increase
Amazon Prime Video has just added 16 big movies to its library
18-year-old woman attacked with metal pole by three men in Belfast
The Tinder Swindler review: Exactly the kind of documentary Netflix should be making
"Don't you dare lecture me" - Taoiseach and Mary Lou McDonald clash in Dáil row
QUIZ: Can you get 10/10 and correctly name all of these fruits?
QUIZ: We bet you can't get full marks in this extremely frustrating geography quiz
You may also like
3 hours ago
Secretary-General for Department of Health receives €81,000 salary increase
5 hours ago
Report finds "significant harm" caused to 46 children and young people at Kerry mental health service
8 hours ago
Teen hospitalised with "apparent stab wounds" after incident in Cork
10 hours ago
Man in his 20s dies after road crash in Meath
10 hours ago
Toddler dies after being struck by car in driveway in Cork
23 hours ago
UCD students provided with €30 gift voucher after toilets were contaminated with wastewater
Next Page