A shockingly high number of students claim that school education doesn't help with the next stages of their education.

There has been many a debate over the years as to whether or not the Leaving Certificate is a good enough form of testing actual knowledge and intellect, often feeling like it can be more of a case of doing better simply by having a better memory to remember the answers, rather than smart enough to know them.

However, a new survey has revealed that recent Leaving Cert takers don't believe that it helped them prepare for university or college in a number of ways, which means it may well be time to reassess the entire system.

END_OF_DOCUMENT_TOKEN_TO_BE_REPLACED

The survey consisted of over 300 first-year DCU students, and over a number of different questions, the following information was ascertained:

Only 24% felt that the Leaving Cert programme prepared them well to use technology to improve their learning.

25% felt it prepared them well to interrogate and critically evaluate information or ideas.

27% said it prepared them well to compare information from different sources.

28% felt the Leaving Cert prepared them well to identify sources of information.

And only 30% felt the Leaving Cert prepared them well to explore ideas from a number of different perspectives.

END_OF_DOCUMENT_TOKEN_TO_BE_REPLACED

83% said that the Leaving Cert had prepared them well to persist when learning was difficult.

75% said it assisted them in becoming self-disciplined.

72% felt it helped with time-management.

And 75% felt it helped them cope with the pressure of heavy workload requirements. 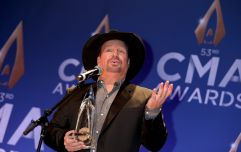 END_OF_DOCUMENT_TOKEN_TO_BE_REPLACED

Professor Michael O'Leary, the director of the Centre for Assessment Research Policy and Practice (CARPE) at the Institute of Education, said "While there are some encouraging elements to take from this survey, the overall findings of our research reveal a worrying disconnect and, consequently, challenging transition between second and third-level education.

"Despite being the main pathway used for entering third-level education, the Leaving Certificate Programme is not, on this compelling new evidence, sufficiently equipping students with the necessary skills for third-level study."

The Big Reviewski || JOE · The Big Reviewski with Y: The Last Man, that Malignant ending & a secret streaming service
popular
The 50 most iconic songs of all time* have been revealed
The JOE Friday Pub Quiz: Week 261
PICS: The man with the biggest penis in the world has one unbelievable problem with it
One of the better Liam Neeson action romps is among the movies on TV tonight
The five "best places to live" in Ireland have been revealed
QUIZ: Flex your brain definition with this general knowledge quiz
People think they've figured out the ranking of the viewers on your Instagram Stories
You may also like
2 days ago
NPHET gives green light to further easing of restrictions from Monday
2 days ago
Take a look inside the five most expensive homes sold in Dublin this month
2 days ago
Irish pubs and nightclubs could be given 6am closing time after 22 October reopening
3 days ago
Boojum searching for new hand model with €5,000 and a year of free food up for grabs
3 days ago
Simon Coveney survives no-confidence vote as Sinn Féin blasts “culture of cronyism”
3 days ago
Date, acts and location for Irish nightclub pilot event finally announced
Next Page