The Tánaiste said there are "certain factors" outside of government's control.

Tánaiste Leo Varadkar told the Dáil he is "confident" that Ireland will avoid electricity blackouts this winter but that "nobody can guarantee it".

The Tánaiste was quizzed during Leaders' Questions on Thursday (30 September) over the report published by state-owned electric power transmission operator EirGrid earlier in the week, which said Ireland could see electricity supply shortfalls over the next five winters.

END_OF_DOCUMENT_TOKEN_TO_BE_REPLACED

The shortfalls could arise if no action is taken to address the recent withdrawal of previously procured generation and a recent auction to supply power to Ireland's grid that did not deliver the amount necessary.

“We expect system alerts to be a feature of the system over the coming winters and this winter is likely to be challenging," EirGrid chief executive Mark Foley said.

On Thursday, Kerry TD Michael Healy-Rae asked Varadkar: "Can you guarantee me that we won't have a situation where people won't be cold and in danger in their own homes where there is an over-reliance on electricity...?"

"I’ve had a chance over the last couple of days to study the presentations that EirGrid and the Commission for the Regulation of Utilities has provided government," the Tánaiste replied.

"Having looked at those presentations I am confident that we will avoid blackouts and brownouts this winter, but nobody can guarantee it for certain because there are certain factors that are outside of our control.

"There has been increased demand and some of the anticipated new power stations have not been developed as planned."

Varadkar also said there is a "short-term immediate risk" to the supply of electricity. 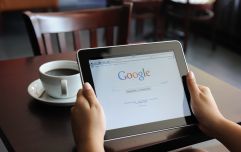 END_OF_DOCUMENT_TOKEN_TO_BE_REPLACED

He attributed this to two major gas-fired power stations in Cork and Dublin being closed, "wind not blowing as much as was anticipated" and "problems with the interconnector between the UK and Ireland".

"This risk will reduce with the upcoming return to operation of the two major gas-fired power stations and that's due to happen in October and November," he said.

"We need to get those back online in October and November and we're confident that that's going to be the case but we can't guarantee it absolutely."