Did they just become best friends?

Canadian Prime Minister Justin Trudeau only arrived in Ireland Monday night, but his counterpart, Taoiseach Leo Varadkar, wasn’t about to waste a single minute he spent in his company on Tuesday.

As well as becoming seemingly the first world leader to outdo Trudeau in the fancy sock department, Varadkar and Trudeau gave hurling a go in the company of Ciarán Kilkenny and others and also discussed economic matters with some Irish business leaders.

The PM @JustinTrudeau showcasing his skills, I think he'd make a strong Centre back! V.Proud to meet local man @campaignforleo as Taoiseach. pic.twitter.com/EmcYAeA5dP

END_OF_DOCUMENT_TOKEN_TO_BE_REPLACED

Trudeau also paid a visit to President Michael D Higgins in Áras an Uachtaráin and it wasn’t the only thing he did in Phoenix Park, managing to fit in a run with Leo Varadkar before an appointment in Dublin Castle this evening.

The two lads are known to be fitness enthusiasts, although the picture below suggests the pace was leisurely at best. How patriotic is Trudeau by the way?

After today's Dail business joined @JustinTrudeau for quick jog through #PhoenixPark. Now off to Dublin Castle for evening business pic.twitter.com/irb1nnmj9I 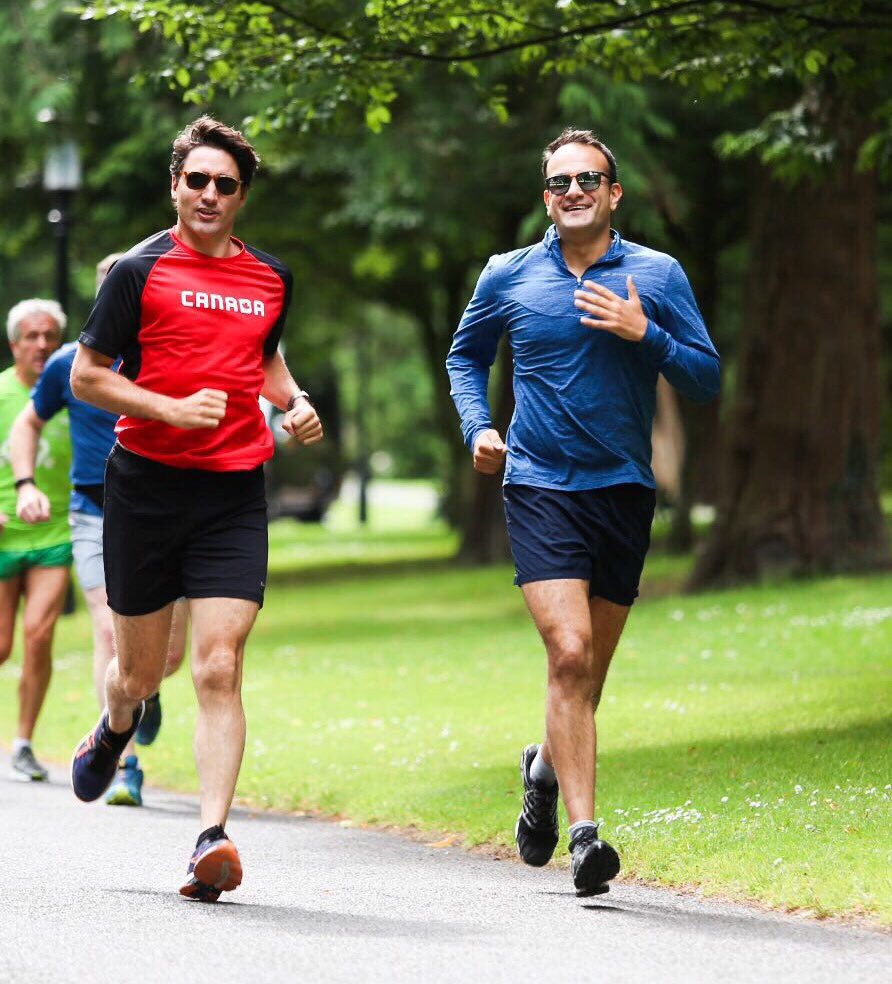 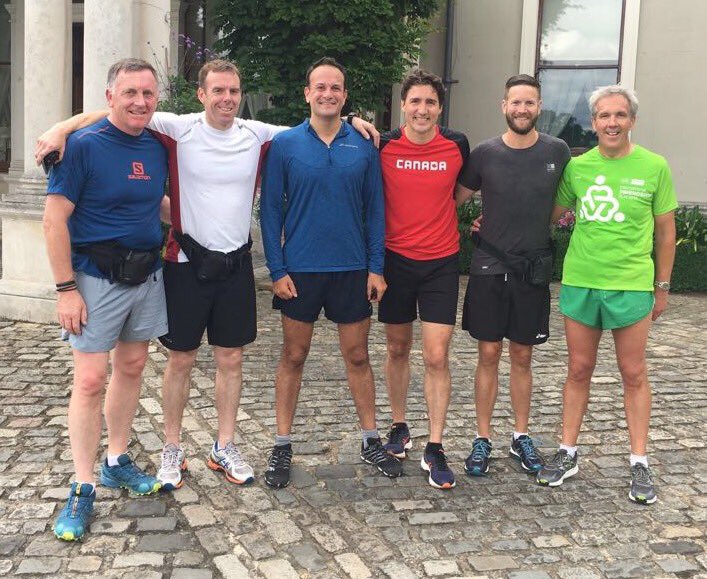 Speaking of pictures, if this isn't one for the mantelpiece in Leo's house, then we don't know what is...

The sun came out just in time for a quick chance to see more of this beautiful part of Dublin on foot... nice pace @campaignforleo. pic.twitter.com/qQFoMxbJac

popular
Harvard study reveals how many times men should ejaculate each month to stay healthy
Colin Farrell shouldn't win the Oscar this year
Conor Mcgregor hit by car ‘at full speed’ while cycling
Netflix has just added one of the best sci-fi movies of recent years
Parents left in shock after gorillas start mating in front of kids at zoo
The 50 most iconic songs of all time* have been revealed
Forspoken breaks the golden rule of gaming... and not in a good way
You may also like
5 days ago
Three injured after fight breaks out at refugee centre in Dublin
5 days ago
Irish pizzeria given perfect score by top food reviewer
6 days ago
Elderly man killed in Cork hospital attack named
6 days ago
Charlie Bird struggling with 'crying non-stop' but promises to keep fighting
6 days ago
Irish names among the top 10 hardest words for British people to pronounce
6 days ago
Revolut announces plan to launch Irish IBANs
Next Page