"It will be a very gradual easing of restrictions."

Tánaiste Leo Varadkar has said there will be a very gradual easing of restrictions from 5 March, but cautioned it would only happen if case numbers of Covid-19 are low.

Varadkar said people should not expect Ireland to jump from Level 5 to Level 3 restrictions like the country did at the start of December last year. 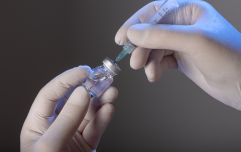 END_OF_DOCUMENT_TOKEN_TO_BE_REPLACED

Case numbers remain high in Ireland at the moment and there is severe pressures on intensive care units in the country, he said.

Speaking on RTÉ News at One, Varadkar said if Ireland was in a position where cases were low on 5 March and the pressure on the ICUs had eased, then restrictions could be eased "gradually".

"What happens between now and 5 March if things go to plan is, we get case numbers down very low, we allow our hospitals and ICUs to recover," Varadkar said.

"We see the number of patients and hospital now falling, down to 1727 today, but ICU's are going to be under pressure for a long time.

"It will enable us to reopen education in a phased way over the next five weeks which we want to do and also get the vaccine out to more people.

"What’s anticipated is that when it comes to 5 March if we have cases low, if we have the ICUs under a lot less pressure, than we will be able to ease some restrictions, but it will be a very gradual easing of restrictions.

"More like what you saw after the first wave then maybe a jump from Level 5 to 3 which is what we would have done in December."

House of Rugby Ireland · Ireland's feel-good win, Casey's initiation song, scrapping Sexton and Scott Williams interview
popular
Eoghan McDermott to leave RTÉ after six years (Report)
QUIZ: Can you answer all the £1 million questions from Who Wants to be a Millionaire?
Golden Globe Best Picture-winner Nomadland heading straight to Disney+ in Ireland
Australian teenager dies after being stung by box jellyfish
Someone in Ireland is €500,000 richer following Tuesday's EuroMillions draw
BBC reveals Season 6 of Line of Duty is coming later this month
Sony are giving away a free game to all PS4 and PS5 owners
You may also like
3 hours ago
Ireland sees drop in attractive work destination rankings
16 hours ago
New survey shows 40% of people in Ireland bought from Amazon UK this year
17 hours ago
25 more people with Covid-19 have died in Ireland, 566 new cases
19 hours ago
NUIG students told to write 2,000 word essay for breaching Covid rules
20 hours ago
Someone in Ireland is €500,000 richer following Tuesday's EuroMillions draw
20 hours ago
€17,500 worth of cocaine found at street party in Limerick
Next Page