Liam Neeson has issued a lengthy apology following comments he made in a recent interview, where he stated that he wanted to kill a "black bastard", a number of years ago.

The interview with the Independent took place in February, and Neeson was widely criticised for his comments following its release. 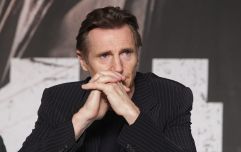 END_OF_DOCUMENT_TOKEN_TO_BE_REPLACED

In a statement issued to Variety, the Northern Irish actor spoke about how, on reflection, he states that he regrets the impact his words have had today.

"Over the last several weeks, I have reflected on and spoken to a variety of people who were hurt by my impulsive recounting of a brutal rape of a dear female friend nearly 40 years ago and my unacceptable thoughts and actions at that time in response to this crime.

"The horror of what happened to my friend ignited irrational thoughts that do not represent the person I am. In trying to explain those feelings today, I missed the point and hurt many people at a time when language is so often weaponized and an entire community of innocent people are targeted in acts of rage.

"What I failed to realise is that this is not about justifying my anger all those years ago, it is also about the impact my words have today. I was wrong to do what I did. I recognize that, although the comments I made do not reflect, in any way, my true feelings nor me, they were hurtful and divisive. I profoundly apologise."

The Big Reviewski || JOE · The Big Reviewski with Andy Serkis, Squid Game follow-ups & the return of Succession
popular
Nigel Farage has been saying republican phrases again, but in reality, he's the one laughing
How to lower your cholesterol - 5 really handy tips
Largest aircraft in the world touches down at Shannon Airport
Skeletal remains of six people found under Cork pub
An underrated Denzel Washington thriller is among the movies on TV tonight
The 100 greatest TV shows of the 21st century have been revealed
Facebook looks set to change its name as part of rebrand
You may also like
6 days ago
Here's the line-up for this week's episode of The Late Late Show
1 week ago
QUIZ: Michael Collins – the film – is 25 years old but how well do you know it?
1 month ago
One of the better Liam Neeson action romps is among the movies on TV tonight
8 months ago
Family Guy creator in talks to reboot The Naked Gun with Liam Neeson
9 months ago
Liam Neeson says he is retiring from action films
10 months ago
Liam Neeson to narrate landmark two-part series marking the 175th anniversary of the Great Famine
Next Page