Limerick IT and Athlone IT to merge and form new university

Limerick and Athlone, together at last.

A joint application for funding has been submitted, and a formal consortium has been formed, with a view to changing the status of the institutes.

The new university would be designed to serve the Midlands and the Mid-West.

President of Athlone Institute of Technology, Professor Ciarán Ó Catháin, has said that the move could transform the midlands region.

"Athlone Institute of Technology is home to knowledge creators, innovators and leaders. It is a beacon of collaborative, cross-cutting research and an innovation partner of choice for both industry and academia – central to propelling Ireland’s knowledge economy forward.

"Our partnership with Limerick Institute of Technology will play a pivotal role in helping us achieve our ambitious mission and our forward-thinking partnership is key to unlocking the potential of both of our institutes and regions. 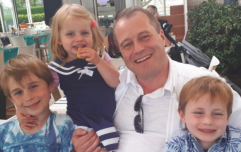 END_OF_DOCUMENT_TOKEN_TO_BE_REPLACED

TUs are a becoming a bigger part of Irish education, with the government announcing a multi-annual fund of €90 million to assist the development and progression of TUs in last week's budget.

The merger would echo the dissolution of Dublin Institute of Technology, which became the Technological University of Dublin (TUD) on 1 January, 2019.

Currently, the Republic of Ireland is home to eight universities.


popular
PERSONALITY TEST: What percent tosser are you?
Gardaí arrest woman (40s) in relation to the three children that were found dead in Dublin
The JOE Movie Quiz: Week 38
QUIZ: Name the missing word from these famous Dumb and Dumber quotes
QUIZ: The ultimate Royal Rumble general knowledge quiz
QUIZ: Name the missing word from these famous Derry Girls quotes
Tommy Tiernan's chat with James Leonard about addiction and recovery is genuinely life-changing
You may also like
4 days ago
Bodies of three children discovered in Dublin home
4 days ago
Former Northern Ireland deputy first minister Seamus Mallon has died aged 83
4 days ago
Two operators of illegal puppy farm in Roscommon convicted of animal cruelty
4 days ago
Body discovered in search for missing Wexford fisherman
4 days ago
BBC Africa correspondent Fergal Keane to step down due to PTSD
4 days ago
10 Chinese cities locked down and Beijing celebrations scrapped as Wuhan virus death toll rises
Next Page