He hasn’t a leg to stand on after that sort of carry-on, in fairness.

The supermarket can be a place of tension and high drama at times; if you’ve ever seen the queue for breakfast rolls at the deli counter first thing in the morning or the battle to bag the last crate of beer late on Holy Thursday you’ll know what we mean.

For the most part, however, those caught up in any tension manage to refrain from resorting to violence in an attempt to settle any differences, but unfortunately every now and again things get out of hand, as they did in Limerick last February in a case that was heard in court recently and covered in the Limerick Leader today. 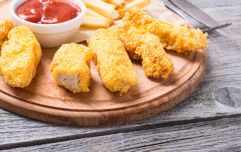 END_OF_DOCUMENT_TOKEN_TO_BE_REPLACED

According to the Limerick Leader, 51-year old John McNamara had denied assaulting security guard Marius Pogonowski, 35 at the Eurospar in Watch House Cross on February 3, 2013.

The Leader reported that the Court heard that Mr Pogonowski was talking with Mr McNamara’s daughter and her partner at the checkout when McNamara approached him and became aggressive.

“He was shouting and roaring and he threw a hot chicken at me,” Mr Pogonowski said, adding that it struck him on the leg and that he grabbed a shopping basket to defend himself afterwards as the situation became heated and other people present at the scene became involved.

Despite McNamara’s denials, another Eurospar employee backed up Pogonowski’s claims that McNamara had thrown the chicken at him, as was also evident in CCTV footage of the incident, which also showed McNamara being restrained by members of his family. 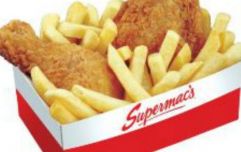 END_OF_DOCUMENT_TOKEN_TO_BE_REPLACED

Calling what McNamara had done a “potentially very dangerous act” on the basis that Pogonowski could have been scalded by hot grease if the bag containing the chicken burst, Judge Eugene O’Kelly imposed a four-month prison sentence, suspending it for two years, while McNamara was also banned from the store in question.

Feather or not McNamara deserved a harsher punishment is up for debate, but there's no denying that some people will feel he got plucky *JOE goes to get coat*

popular
Welder awarded €15,000 for unfair dismissal despite admitting to drinking alcohol before work
Netflix has just quietly added 30 big movies to its library
10 years ago today, the scariest movie ever made (according to science) was released
Man in his 40s dies following assault at funeral in Kerry
Amazon Prime Video has just added 37 big movies to its library
It took five long weeks, but The Rings Of Power is finally fantastic
Netflix reveals full line-up of new shows and movies arriving in October
You may also like
1 year ago
Dunnes Stores recalls two popular products over possibility of undercooked chicken
1 year ago
Recall of SFC Chicken Poppets batches over salmonella fears
2 years ago
Covid-19 cluster confirmed at Moy Park plant in Ballymena
5 years ago
PICS: Donald Trump is being mocked in the funniest way possible outside The White House
5 years ago
Stop everything because McDonald's has invented a chicken breakfast sandwich
5 years ago
People are freaked out by creepy meaning behind 'Why did the chicken cross the road?' joke
Next Page