LISTEN: Sister of Dara Fitzpatrick talks to Neil Delamere about the Rescue 116 tragedy

It has been almost six weeks since the Rescue 116 tragedy, and the incident still feels fresh in the mind of Ireland.

While two of the crew have yet to be found, the bodies of Captain Dara Fitzpatrick and Captain Mark Duffy were subsequently discovered near the wreckage of the helicopter.

Niamh Fitzpatrick joined Neil Delamere on his Today FM show Sunday Best, where she talked about her much-missed sister Dara, as well as the rest of the crew of R116.

When discussing her grief, Niamh says: "You get the inconsolable moments, and then you have moments where you feel numb; as if this is all happening, but it’s happening through a glass window and we’re watching it. The odd time, you feel normal, and then you feel weird feeling normal."

She also gives some advice to anyone else who might also be suffering from grief-related depression, telling listeners “Some things in life cannot be fixed. They can only be carried. Perhaps your only way is to carry your own tragedy, maybe it cannot be fixed and made ok. Then strengthen your arms, your back, your body, get strong people around you and forget hope of ‘fixing’ and get carrying."

Niamh stated that the outpouring of support from friends, family and strangers across Ireland has been huge: "I didn’t need my faith humanity restored because I always had it, but my faith in humanity has been boosted by the way that people have shown their support. It’s been absolutely incredible, and it does help, because this is lonely." 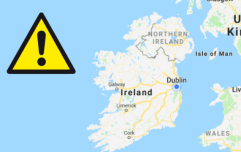 END_OF_DOCUMENT_TOKEN_TO_BE_REPLACED

This was echoed by Martina Smyth, wife of Ciarán Smyth - one of the two crew still not found - in a message she sent on to the station: “Please just get across a massive thank you to the amazing people who have surrounded us. The goodness in this world far outweighs the bad. How blessed we are and none of us must ever forget it. The four crew we now grieve for, blessed our lives, and they have put special people at our sides. So it is as simple as ‘thank you’.”

You can listen to the powerful interview in full here.


popular
A Status Yellow snow and ice warning has been issued for the entire country
Take some time to watch the music video for James Blunt's 'Monsters'
The JOE Movie Quiz: Week 38
QUIZ: Name the missing word from these famous Dumb and Dumber quotes
Barry Keoghan has never looked scarier than he does in Calm With Horses
Tommy Tiernan's chat with James Leonard about addiction and recovery is genuinely life-changing
QUIZ: Name the missing word from these famous Derry Girls quotes
You may also like
1 day ago
Snow will fall in parts of Ireland over the next three days, according to Met Éireann
1 day ago
Woman arrested after man is stabbed to death in Wexford
1 day ago
Man dies and three others injured after fire at apartment block in Cavan
2 days ago
New documents link undercover British soldier Robert Nairac to the Miami Showband murders
2 days ago
Gardaí name the three children that were found dead in a Dublin home
2 days ago
Teenager hospitalised after stabbing incident on Portmarnock beach, Dublin
Next Page