Festival Republic, who recently organised the UK's first legal rave since the pandemic began, have already submitted a proposal.

It looks like live events could make a return across Ireland by June as Minister for Culture Catherine Martin has revealed that she met with the organisers of Liverpool's recent rave, Festival Republic.

Martin said that Ireland will pilot large-scale sporting events and concerts in the coming months and last week met with the organisers of the UK's first legal rave since the pandemic began in preparation for the possible gigs.

END_OF_DOCUMENT_TOKEN_TO_BE_REPLACED

While the rollout of the test events was initially planned for July at the earliest, Martin said she would now be "more ambitious than that" and hopes to see concerts make a return as early as June.

Speaking to reporters while welcoming the reopening of Ireland’s National Cultural Institutions on Monday, she said: "I think July latest, but I would be more ambitious than that and I would like to see some live music events, test events, take place in June.

Martin added that the events will initially begin as outdoor events before the implementation of indoor concerts can make a return.

She said that Festival Republic has submitted a proposal and she is now consulting with the Government and health officials about the possibility of the event pilots.

"They have submitted a proposal to me, in coordination and managing live events here and I'm in consultation now with the Department of Health and the Department of the Taoiseach in relation to that," she continued.

It comes as Martin said on Thursday that she was happy to be able to give a "hopeful signal" for the summer after the Cabinet agreed to pilot the events in a move mirroring a number of other European countries. 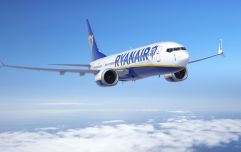 END_OF_DOCUMENT_TOKEN_TO_BE_REPLACED

"This is a positive signal to the events industry whose doors have remained closed for so long, that we are planning to reopen you again in a safe way. I hope this is a positive, hopeful signal for summer to come."