"I'm sick and tired of politicians going on about it and not actually doing anything about it."

Luke Ming Flanagan has criticised the Government, accusing it of lacking action in tackling mental health issues in Ireland.

The Irish MEP appeared on RTÉ’s European Parliament Report during which he was asked about the EU's new mental health strategy in development.

END_OF_DOCUMENT_TOKEN_TO_BE_REPLACED

"Some time ago, over 10 years ago, I noticed people starting to talk about this, people who had problems with it," he said on the programme.

"But I also noticed that politicians seemed to be alerted to the fact that this might make them popular and there are votes in it. And I say this because those people who spoke about it haven't actually done anything to improve the lots of people with mental health but they still bang on about how important it is."

"If people really cared about mental health," he added, "what they would actually do in Government is improve people's quality of life."

Flanagan said that improving access to housing, education and mental health service would help in this regard, before adding that these steps have not been taken.

"I know from personal experience, even after all this supposed money has been put into it, there is very very little help out there and you would despair when you go and try and get help.

"I'm sick and tired of politicians going on about it and not actually doing anything about it." 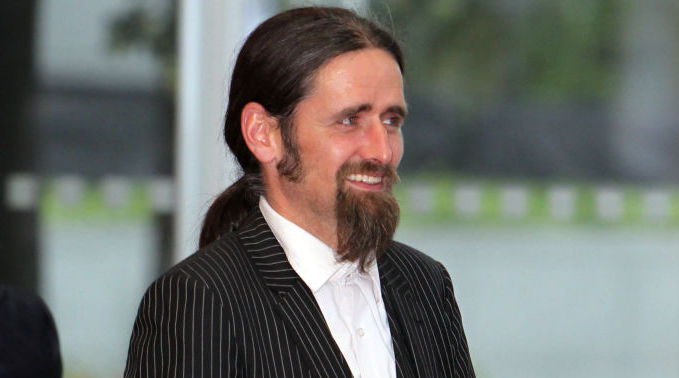 Luke Ming Flanagan on his struggles with depression

END_OF_DOCUMENT_TOKEN_TO_BE_REPLACED

That brave statement from Luke Ming Flanagan, during the show, will mean a lot to many people across the island that are going through their own struggles. To have a well known politician speak openly on the matter is important in normalising the conversation.

It is not the first time Flanagan has opened up on his mental health issues. A couple of years ago, he told the Roscommon People:

"I have had this all my life," he said. "I remember as a child, sitting in front of a fire and just looking at it, trying to get lost in it. I just didn’t like what was happening in the world, in my life, whatever it was. It wasn’t because of my family or anything, it was just the way my mind works.

"Throughout my life, bit by bit, it becomes more and more obvious that there is any issue with it. It affects every day of your life because you have to convince yourself every single day to get up and get going again. I can’t do that all of the time but most of the time I can."

popular
The Last Of Us Episode Five will premiere days earlier in Ireland and UK
One of the most underrated crime thrillers of recent years is among the movies on TV tonight
5 years ago, Hollywood took a massive gamble on a huge sequel... and lost big time
Shock as blues singer beats Adele, Beyonce and Taylor Swift to win Song of the Year Grammy
Amazon Prime Video has just added 21 big movies to its library
Ben Affleck's bored expression at the Grammys becomes a meme
The first reviews for Hogwarts Legacy are absolutely stellar
You may also like
6 days ago
Dublin train station finally set to open after being built 14 years ago
6 days ago
Ireland seen as being among the top 10 least corrupt countries worldwide, new data shows
1 week ago
Leo Varadkar says alleged assault on migrant camp in Dublin has the 'look of' a racist attack
1 week ago
No plans to abolish homework, says Minister Foley
1 week ago
This is what the cheapest house for sale in Dublin looks like
1 week ago
NTA publish €25bn plan for new Luas lines and Metrolink in Dublin
Next Page