Madeleine McCann: Primary suspect claims he has an alibi despite phone tracking data

But mobile phone tracking places him near the scene

The primary suspect in the abduction of Madeleine McCann has claimed to have an alibi for the crime, which a woman can back up.

After German officials named Christian Brueckner, 44, as the suspect in the 2007 disappearance of Madeleine McCann in Portugal, Brueckner remembered the name of his alibi.

‘I would exercise caution around this, this may be procedural.’

END_OF_DOCUMENT_TOKEN_TO_BE_REPLACED

According to Sky News, Brueckner claims he was having sex in a camper van, miles away from where McCann disappeared. He had allegedly driven the unnamed woman to Faro airport, where they were photographed at a police roadblock.

The woman was then arrested at airport security for carrying pepper spray. Brueckner believes that police must have a record of the events, thereby supporting his alibi.

END_OF_DOCUMENT_TOKEN_TO_BE_REPLACED

Brueckner is currently serving a seven-year jail sentence for an unrelated rape. Still, it's believed that police found a photograph during the preliminary investigation that could prove his alibi for McCann's disappearance.

However, mobile phone data from the time put Brueckner's phone in the area and received a call from 7.32 pm to 8.02 pm.

Full story coming, but @mwilliamsthomas has told me "the prosecutor's case is one that perhaps falls apart when you start to look at our evidence." 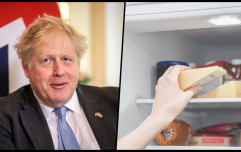 END_OF_DOCUMENT_TOKEN_TO_BE_REPLACED

"I assume if he has anything that exonerates him that sooner or later he will share it with us and we would then check it out. What happens then, let's see," Hans Christian Wolters, who is leading the Madeleine investigation, told Sky News.

"So far he has told us nothing, he's given us no alibi. So, we can only work on the evidence we have found so far in our investigation. And there was nothing to exonerate him."