One of the fires caused a "significant amount of damage" to a building.

A man in his 40s has been arrested by Gardaí investigating two suspected arson incidents in Limerick City on Friday, 14 May.

Gardaí first received a report of a car on fire at Browns Quay at around 1.30am on Friday. 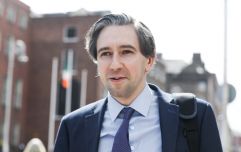 END_OF_DOCUMENT_TOKEN_TO_BE_REPLACED

Then, at around 5.30am, Gardaí received another report about a fire at a business close by.

In a statement, a Garda spokesperson said that a significant amount of damage was caused to the building as a result of the fire.

The man in his 40s was arrested in the Limerick area on Saturday morning and is currently detained under Section 4 of the Criminal Justice Act, 1984 at Mayorstone Park Garda Station.

Gardaí are continuing to appeal for anyone who was in the Browns Quay area between 1am and 6am on Friday, 14 May, particularly drivers with dashcam footage, to assist them in the investigation.

The investigation into the suspected arson incidents is ongoing.

The Big Reviewski || JOE · The Big Reviewski with Y: The Last Man, that Malignant ending & a secret streaming service
popular
One of the most-anticipated movies of the last few years is finally available to watch at home this week
The 50 most iconic songs of all time* have been revealed
PICS: The man with the biggest penis in the world has one unbelievable problem with it
It looks like Garth Brooks will play FIVE nights in Ireland after all
Government announces special €1,860 payment for laid-off workers during pandemic
Simon Harris and wife welcome arrival of new baby boy
Mark Wahlberg and an intense battle are among the movies on TV tonight
You may also like
9 hours ago
Two women seriously injured following three-car collision in Wexford
10 hours ago
It looks like Garth Brooks will play FIVE nights in Ireland after all
10 hours ago
Woman dies after being struck by lorry in Kildare
12 hours ago
Gardaí warn of scam involving "inappropriate or sexual images" after young boy blackmailed for money
16 hours ago
Gardaí retrieve €7,000 worth of stolen bikes following Dublin sting operation
17 hours ago
Jobs of an Irish stay-at-home parent calculated to be worth just under €50,000 per year
Next Page