Two teenage boys were convicted of the murder of 14-year-old Ana Kriegel following a seven-week trial which concluded in November of 2019.

A man is due in court this morning (19 November) in relation to the circulation of details on social media in the Ana Kriegel murder case.

The man, who in his mid-30s, is due to appear before Listowel District Court at 10.30am on Thursday morning in connection with an ongoing Garda investigation into the circulation of images and details on social media claiming to identify a teenage boy who was found guilty of the murder of Ana Kriegel. 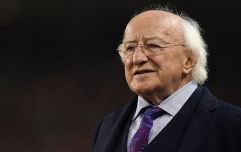 END_OF_DOCUMENT_TOKEN_TO_BE_REPLACED

An investigation was launched when images and details were circulated online despite a court order being in place preventing the 14-year-old boys from being named and a provision under the Children Act that prohibits the identification of minors accused or convicted of a criminal offence.

11 people have already appeared before the courts in relation to this matter following a lengthy Garda investigation led by Gardaí based in Dublin.

Two teenagers were convicted of the murder of 14-year-old Ana Kriegel following a seven-week trial which concluded in November of 2019.

The second teen, known as Boy B, was sentenced to 15 years for murder with a review after eight years.