Markievicz was the first woman elected to the House of Commons.

A picture of Constance Markievicz has been gifted to the UK Parliament by the Houses of the Oireachtas this evening, at an event in the UK Parliament celebrating the 100th anniversary of British and Irish women getting the vote.

Markievicz was the first woman elected to the House of Commons back in December 1918, when she was still imprisoned for her participation in nationalist activities in the 1916 Easter Rising.

END_OF_DOCUMENT_TOKEN_TO_BE_REPLACED

The picture, which is a photographic reproduction of a 1901 oil painting of Markievicz owned by The Hugh Lane Gallery, will go on public display in Parliament’s ‘Voice and Vote’ exhibition until 6 October when it will be transferred to Portcullis House for public display. 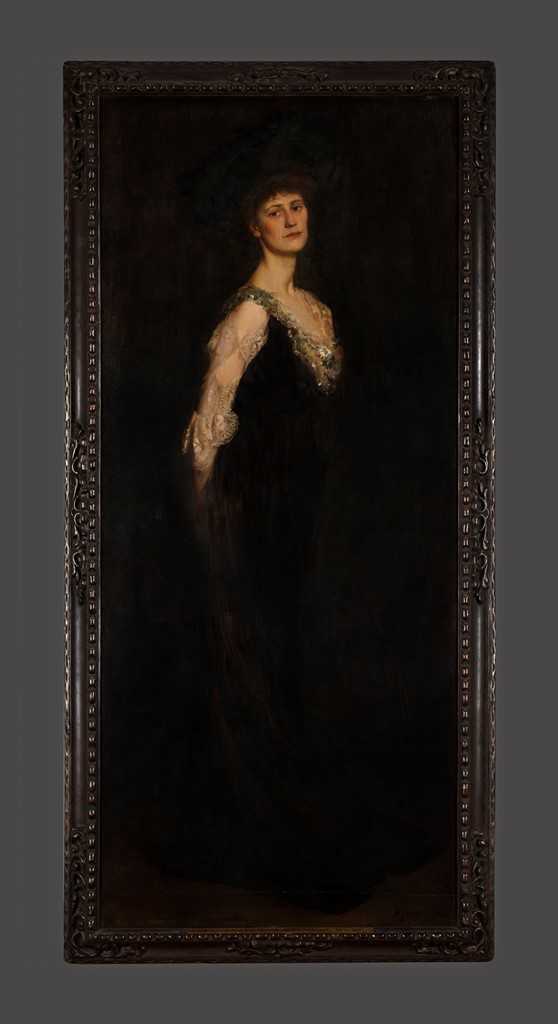 It aims to celebrate the centenary of the 1918 Representation of the People Act, which gave some women in the UK and Ireland the right to vote.

This was followed later by the Parliament (Qualification of Women) Act 1918 which allowed all women over 21 to stand for Parliament.

END_OF_DOCUMENT_TOKEN_TO_BE_REPLACED

The Speaker of the House of Commons, John Bercow, accepted the picture from Seán Ó Fearghaíl, the Ceann Comhairle of Dáil Éireann this evening.

In the December 1918 general election, 8.4 million British and Irish women were eligible to vote for the first time and 17 women stood for election including Constance Markievicz (Sinn Féin) and Christabel Pankhurst (Women’s Party). Constance Markievicz, standing for Dublin St Patrick's division, was the only women to be elected.

Markievicz had long been involved in political activism by the time she was elected, having earlier joined Sinn Féin and Inghinidhe na hÉireann, a nationalist women’s organisation. In 1908 she joined the suffragist opposition to Winston Churchill in the Manchester-North by-election.

She supported the striking workers of the Irish Transport and General Workers Union during the 1913 Dublin Lockout, and joined the Irish Citizen’s Army. Markievicz was one of many women who took part in the 1916 Rising, fighting with the Citizen Army, for which she was imprisoned and sentenced to death.

END_OF_DOCUMENT_TOKEN_TO_BE_REPLACED

Markievicz’s sentence was commuted on the grounds of her sex, and she was released in 1917. However, she was rearrested and imprisoned the following year for her participation in nationalist activities in Ireland. She was still imprisoned when elected to the House of Commons, and celebrated the historic win from her cell, where she received a letter from 10 Downing Street inviting her to attend the state opening of parliament, addressed “Dear Sir…”. However, she never took her seat in Westminster.

Markievicz became a dedicated parliamentarian in the Dáil and was appointed Secretary for Labour and a member of the executive – making her the first woman to hold a ministerial position in Great Britain and Ireland, and the first woman Minister in Western Europe.

“Constance Markievicz was a formidable figure whose courage and determination to achieve equal rights and Irish freedom saw her become the first woman ever elected to the House of Commons," Conor McGinn MP, Chair of the All Party Parliamentary Group on Ireland and the Irish in Britain said at the event

"It is a sign of the strength and depth of today’s relations between Britain and Ireland - and our democratic institutions - that her contribution to our shared and complicated history is marked in the Parliament to which she was elected but never attended, and that her legacy and contribution is remembered a century after women’s suffrage and the historic 1918 election.”

The picture will be displayed to the public in the Voice and Vote exhibition until it closes on 6 October 2018 and then in Portcullis House until the end of 2018 as part of Parliament’s Vote100 programme of events and activities.

popular
Met Éireann issues weather warning for three counties
QUIZ: Take your very best shot in this tough General Knowledge Quiz
A feel-good comedy with a Springsteen soundtrack is among the movies on TV
The JOE Movie Quiz: Week 160
QUIZ: Can you conquer this delightfully difficult General Knowledge Quiz?
New horror movie trailer has one of the best jump scares in years
GAA proposes new black card for fouls
You may also like
1 day ago
Rain and thunderstorm warning extended to include 15 counties
2 days ago
Eamon Ryan says army could be called on to help combat Dublin Airport delays
2 days ago
Man injured following shooting on Dublin's South Circular Road
2 days ago
Outlook is grim but "we can still avoid a recession" says Paschal Donohoe
2 days ago
Garda Extradition Unit arrests 12 fugitives in connection with murder and drug trafficking offences
2 days ago
Met Éireann gives update on weather warnings for this weekend
Next Page