If you stayed at one of the world's biggest hotel chains in the last four years, your personal data may have been hacked

The chain operates around 6,700 properties around the world.

Marriott Hotels have confirmed that over the last four years, as many as 500 million of their guests may have had their personal information released due to a massive data hack.

The hotel chain use a system called the Starwood guest reservation database, and it was this database that was discovered to have been hacked, dating back to all customers who stayed at a Marriott between 2014 and 2018.

As per the chain's official statement on the hack: 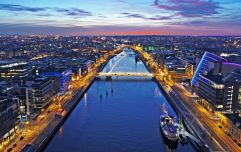 END_OF_DOCUMENT_TOKEN_TO_BE_REPLACED

Marriott have set up a website specifically to deal with this new breach, as well as helping customers to figure out whether or not they’ve been affected. The website includes a dedicated call center, as well as a one-year free subscription to WebWatcher, which monitors web activity where personal information is shared.


popular
Met Éireann predicting snow this weekend and well into next week
The JOE Friday Pub Quiz: Week 179
HBO reveal the first official details of the Friends reunion episode
Here are all the best new titles coming to Netflix in March
Disney are offering you a dream job based in Dublin
Billie Eilish weighs on who should be the next James Bond
The 50 most iconic songs of all time* have been revealed
You may also like
3 months ago
The best pub and hotel roast dinners in the country have been announced
3 months ago
Here are the best restaurants, hotels and beaches in Ireland, as per the 2019 TripAdvisor Awards
5 months ago
Luxury hotel The Westin completes multi-million euro expansion
7 months ago
What is the biggest difference between a four-star and a five-star hotel?
8 months ago
5 dog friendly breaks for you and your pup
9 months ago
Kerry hotel added to one of the most prestigious list of resorts in the world
Next Page