Mars will be visible in the skies above Ireland tonight

Right now, the red planet is on its closest approach to Earth in 15 years.

Planet Mars is set to be visible from the Earth's surface on Tuesday night and Wednesday morning, as the Red Planet is to pass closer to Earth overnight than it has ever been in the last 15 years.

At only 35.8 million miles / 57.6 million kilometres from us, the Red Planet is closer to Earth this summer than at any time during the 32-year interval 2003 - 2035, allowing those with clear skies and without light pollution to see it quite clearly.

This proximity interprets that the Earth is in ‘opposition’ with Mars – meaning that it is sitting directly between the Sun and the planet.

This is the first time it has been in opposition since 2003.

Get outside TONIGHT to see Mars as it approaches Earth closer than it has been in 15 years! Here’s what you need to know: https://t.co/ttrx73J9AV pic.twitter.com/NUs1w96p7W

The evening of 31 July will see Mars will appear quite brightly, omitting an orange-red colour.

The planet will actually be closest to Earth at around 9am on Wednesday morning – a close proximity that we won't witness again for another 30 years.

However, according to Astronomy Ireland – the best time to see it this week is around the time it is highest in the south which is 1:30am Irish Time. 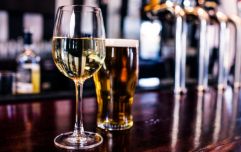 END_OF_DOCUMENT_TOKEN_TO_BE_REPLACED

"Mars will be closest today, 31 July, but it will be very close for many weeks meaning telescope owners can get superb close-up views for a couple of months at least," said David Moore, editor of Astronomy Ireland magazine.

"Right now, Mars is at its highest in the South around 1:30am and looks like the brightest 'star' in the sky with a definite orange/red colour – I saw it this morning before dawn," he said.

This follows a sensational lunar eclipse witness in Ireland just a few days ago which saw the moon line up with the Earth and the Sun and darkening in colour from its silvery glow to a rustic, dark red.

It was also recently discovered that water was found on the surface of Mars.

Just last week, it was discovered that large pools of liquid were found underneath the planet's polar ice caps.

The Big Reviewski || JOE · The Big Reviewski with Dune, a mini-Hangover reunion & the best of Timothée Chalamet
popular
The JOE Friday Pub Quiz: Week 266
Here's the line-up for tonight's episode of The Graham Norton Show
HBO announces a new Sopranos series is in the works... kind of
Nightclubs are now ticket-only events, according to new measures
Alec Baldwin expresses "shock and sadness" over fatal film set shooting
‘If You Go, Go Slow’ - HSE launches new campaign urging people taking drugs to do it safely
Hunger strike ends as Nadim Hussain assured he won't be deported
You may also like
5 hours ago
Nightclubs are now ticket-only events, according to new measures
5 hours ago
Priest blesses local nightclub in the most Donegal thing imaginable
8 hours ago
419 vehicles caught over the speed limit on National Slow Down Day
8 hours ago
550 Gardaí conferred as human rights champions
9 hours ago
Status Yellow warning issued as heavy rainfall and flooding anticipated
10 hours ago
Young woman suffers serious eye injury after being struck with a firework in Eyre Square
Next Page