Mayo beach named among the best in the world for 2019

If you've never been, you need to go.

Keem Bay on Achill Island has been listed among the best beaches in the world according to a new survey.

Global travel site Big 7 Travel has released the official list of the 50 Best Beaches in the World for 2019, and Keem Bay has ranked at number 11. 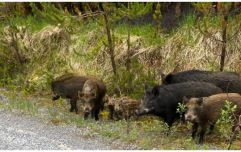 END_OF_DOCUMENT_TOKEN_TO_BE_REPLACED

Keem Bay is a horseshoe bay at the head of a valley between the cliffs of Benmore to the west and Croaghaun mountain on the east.

Elsewhere on the list, the famous Pig Beach in the Bahamas made the top 10 after it rose to fame following its use in the promotion of the infamous Fyre Festival.

You can take a look at the top ten below.