Following the recent weather warnings and storms that Ireland faced over the week, Met Éireann have said that "very unsettled weather" will continue up until Sunday. On a more positive note, the current indications suggest that the conditions will become mainly dry and settled from Monday onwards.

Friday morning is expected to be cool and blustery, with sunny spells and scattered showers. Some of the showers will be heavy though, mainly in the west and northwest, but they will be more isolated in southern and eastern coastal areas. Thankfully, they'll largely die out on Friday evening.

END_OF_DOCUMENT_TOKEN_TO_BE_REPLACED

Be warned, however, that there will be strong and gusty west to northwest winds throughout the day.

The dry conditions should carry into tonight too with clear spells expected, while a few isolated showers will occur along the northern and southwest coasts. Some mist patches will form overnight, while cloud will increase from the southwest, bringing outbreaks of rain to the southwest by morning.

Looking ahead to Saturday morning, it should be dry in most places, but outbreaks of rain in the southwest will gradually extend northeastwards during the course of the morning and afternoon.

The rain will turn heavy at times in parts of Munster and south Leinster, but much of the northern half of the country will remain dry with just a few isolated showers.

These cloudy and wet conditions should extend into Saturday night with rain becoming widespread, heavy in places.

As for Sunday, it's going to be a rainy start with widespread showers at first, heavy in places, but it will brighten up gradually from the west during the morning, with sunny spells developing.

A few scattered showers will occur, most of them in the north and northwest. The costal areas are expected to be very windy, with fresh to strong and gusty northerly winds, but winds will ease gradually as the day progresses. 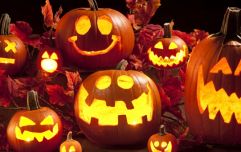 END_OF_DOCUMENT_TOKEN_TO_BE_REPLACED

As always, given the fluctuating weather that we've experienced this week, keep an eye on Met Éireann for the latest update.

Reputable weather outlet Carlow Weather have corroborated this forecast as they also state that there will be " some good news on the weather front for a change is that it will become mainly settled after Sunday with high pressure taking over".

Some good news on the weather front for a change is that it will become mainly settled after Sunday with high pressure taking over. pic.twitter.com/lKfMMsoZEq

The Big Reviewski || JOE · The Big Reviewski with Dune, a mini-Hangover reunion & the best of Timothée Chalamet
popular
The JOE Friday Pub Quiz: Week 266
Here's the line-up for tonight's episode of The Graham Norton Show
Alec Baldwin expresses "shock and sadness" over fatal film set shooting
HBO announces a new Sopranos series is in the works... kind of
Hunger strike ends as Nadim Hussain assured he won't be deported
‘If You Go, Go Slow’ - HSE launches new campaign urging people taking drugs to do it safely
Nightclubs are now ticket-only events, according to new measures
You may also like
1 week ago
Met Éireann warns of "potential hazards" as weather set to change this week
1 week ago
Status Yellow weather warning issued for 18 counties as dense fog set to hit
1 week ago
The weather for the rest of the weekend is a real hot and cold affair
2 weeks ago
Bizarre weather forecast as temperatures to hit 20 degrees today and tomorrow amid yellow warning
2 weeks ago
Status Yellow warnings issued for seven counties with "prolonged rain" inbound
2 weeks ago
Met Éireann forecasts "well above average" week as temperatures to soar to 20 degrees
Next Page