Batten down the hatches.

Two separate warnings are currently in place for Donegal, Galway and Mayo. The first one, a status yellow wind warning, forecasts west to southwest winds of 50 to 65 km/hr, gusts of 90 to 100 km/hr and a risk of coastal flooding around the period of high tides.

That warning has been in effect since 10pm on Tuesday night and will remain in place until 6pm on Wednesday 15 January.

Another status yellow wind warning also applies to those three counties, a warning which will take effect from 3am on Thursday morning and remain in place until 8pm on the same day.

That particular warning forecasts south to southeast winds of 50-65 km/hr veering westerly on Thursday afternoon with gusts of 90 to 110 km/hr, which will be strongest on coasts and hills.

A status yellow wind warning has also been issued for Kerry, which also warns of south to southeast winds of 50-65 km/hr and gusts 90 to 110 km/hr, with the strongest winds expected on coasts and hills in the Kingdom.

That warning for Kerry comes into effect from 0.01am on Thursday and will remain in place until noon on the same day.

A status yellow wind warning has also been issued for Wexford, Cork and Waterford with a similar forecast of south to southeast winds of 50-65 km/hr and gusts 90-110 km/hr and the strongest winds expected on coasts and hills. 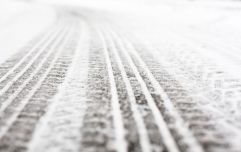 END_OF_DOCUMENT_TOKEN_TO_BE_REPLACED

There is also a risk of coastal flooding around the period of high tides.

That warning comes into effect from 2am on Thursday and will remain in place until 2pm on the same day.

Finally, Met Éireann has also issued a status yellow wind warning for Wicklow with the exact same forecast as the warnings issued for all counties above.

The warning for Wicklow comes into effect from 6am on Thursday and will remain in effect until 4pm on the same day.


popular
Here are Ireland’s favourite takeaways, as per the National Takeaway Awards
"Totally unacceptable." Final year students at WIT hit out after extra module added to final semester
Seven leaders announced for RTÉ's multi-party debate
TG4 to air a documentary on Ireland's homeless crisis this evening
A LEGO version of the International Space Station is being released
Met Éireann forecasts risk of sleet and possibly snow in parts of Ireland this weekend
Eddie Rocket’s are giving away free kids meals this Friday
You may also like
3 days ago
Met Éireann's forecast for the week is very, very chilly
4 days ago
Dublin Fire Brigade issue advisory ahead of nationwide cold snap
4 days ago
Met Éireann issue low temperature weather warning for 25 counties
4 days ago
Temperatures drop to -4 as weather warning is in place for 17 counties
5 days ago
Met Éireann has issued an ice and low temperature warning for 17 counties
6 days ago
Temperatures to drop to a chilling -4 this weekend
Next Page