Met Éireann forecasts thunder, hail and risk of spot flooding over the next two days

The showers are set to hit all areas of the country later today.

Met Éireann has forecasted thunderstorms, hail and a risk of spot flooding over the next two days.

The showers are set to hit across Munster, south Leinster and northern coastal counties first, before extending to all areas of the country during the day. 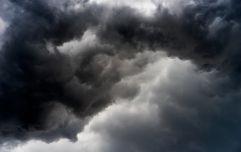 END_OF_DOCUMENT_TOKEN_TO_BE_REPLACED

The rainfall will begin on Wednesday and become heavier throughout the afternoon, with temperatures reaching highs of 12 to 15 degrees.

The forecaster predicts there will be some bright and sunny spells, with showers which will become heavy in the afternoon, hail, and scattered thunderstorms.

Meanwhile, Wednesday night will remain mostly dry with clear spells and a few scattered showers, mainly in western parts. Temperatures will also plummet to between two and five degrees.

Thursday will also see showers extending to all areas through the morning and afternoon, becoming heavy at times with the risk of hail and thunderstorms.

The showers will be heaviest and most frequent in the midlands and north, with heavy downpours bringing the risk of spot flooding. Temperatures will reach highs of 12 to 15 degrees.