Some wind and rain on the way.

A Status Yellow wind warning has been issued for Carlow, Kilkenny, Wexford, Donegal, Galway, Mayo, Sligo and the entirety of Munster. 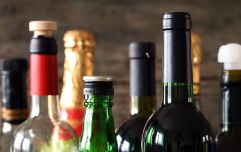 END_OF_DOCUMENT_TOKEN_TO_BE_REPLACED

The warning comes into effect at 9pm on Monday night and remains in place until 6am on Tuesday morning.

Met Éireann said southerly winds will reach mean wind speeds of 50 to 65km/h, with gusts of 90 to 110km/h, possibly higher on exposed coasts.

The forecaster said there will also be a risk of coastal flooding where winds are onshore.

Meanwhile, a Status Yellow rainfall warning has also been issued for Carlow, Kilkenny, Wexford and the entirety of Munster and Connacht.

The warning comes into effect at midnight tonight and remains in place until midnight on Tuesday.

Met Éireann said there will be heavy rain on Monday night and Tuesday coupled with strong southerly winds in these counties.

There will be some river and localised surface flooding possible and rainfall totals of  between 30mm and 50mm, although these totals may be higher in mountainous regions.