Out of the fridge, into the freezer for the week ahead...

Their commentary on the incoming weather front is as follows:

"As Storm Ciara moves away today, colder air originating from Canada begins to feed down over Ireland. This will bring scattered wintry precipitation later tonight.

"The risk of snowfall increases during Monday and the risk will continue through Tuesday. While snow showers may develop anywhere they will occur chiefly in parts of the west and north, with some accumulations possible.

"The windy conditions that the country has experienced over the last few days will persist. Coupled with the colder air, it will feel bitterly cold with significant wind chill. The animation below depicts regions of warm and cold air masses. The warmer air is to the south of the country below the Polar Jet stream."

Monday night will see temperatures dip to freezing, while Tuesday night is expected to fall below that again. 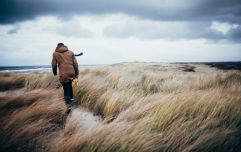 END_OF_DOCUMENT_TOKEN_TO_BE_REPLACED

Wednesday and the rest of the week are not expected to be quite as cold, but there is still a lot of wind and rain on the menu leading right up to next weekend.

The animation below (also via Met Éireann) shows the much colder air moving in over Ireland over the coming days.


popular
Motorist in Kildare caught driving with tax 13 years out of date
QUIZ: How well do you know Will Smith's movie career?
Fine Gael preparing to go into opposition following parliamentary party meeting
QUIZ: How well do you know the Matrix series?
The best places in Ireland for breakfast and brunch have been revealed
BBC will show an 'immensely powerful' documentary about The Troubles tonight
Man (40s) killed after walking in front of oncoming truck after driving into a ditch
You may also like
3 days ago
Met Éireann issues rainfall warning for all of Ireland
4 days ago
The weekend weather forecast does not make for pretty reading
5 days ago
A new Status Yellow snow/ice warning has been issued for 11 counties
1 week ago
Status orange warning issued for seven counties, yellow warning extended
1 week ago
Met Éireann issues 48-hour snow and ice warning for all of Ireland
1 week ago
Met Éireann says weather to become "extremely disturbed" this weekend
Next Page