He confirmed they will be "introducing a measure" to deal with the confusion over pubs being prevented from serving alcohol at outdoor seating.

Taoiseach Micheál Martin has said that Gardaí "are not baton charging people all over the country" during a heated debate in the Dáil on Tuesday with Aontú’s Peadar Tóibín.

Tóibín said that the Government’s mismanagement of the hospitality industry has been "a car crash", adding that no other country in Europe has closed hospitality for as long as Ireland has. 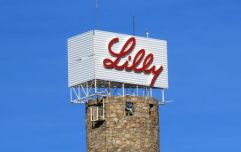 END_OF_DOCUMENT_TOKEN_TO_BE_REPLACED

Speaking in the Dáil, the Aontú leader also called for indoor dining to be reopened earlier as he said that the issues surrounding licensing preventing pubs from serving alcohol at outdoor dining need to be fixed immediately.

He added that the Government has been a "fiasco factory" when it comes to hospitality.

The Taoiseach also confirmed that the Minister for Justice will be "introducing a measure" to deal with the legal confusion around licensing issues around outdoor areas for pubs and restaurants.

However, Martin added that outdoor dining has "worked relatively well" but that if there issues it will be "resolved through a legal instrument".

"First of all, the level of supports from Government to hospitality has been unprecedented, as it had to be in the context of a global pandemic, and Covid-19 has been particularly devastating for the hospitality sector, for travel, and for tourism more generally, and that's been true all over the world, not just in Ireland," Martin said.

"‘The virus and hospitality are close and good companions, unfortunately, and that is a reality we cannot escape, and that is why it has been so difficult for all those concerned."

He also said that "Gardaí are not baton charging people all over the country" in spite of the "implication" by Tóibín. 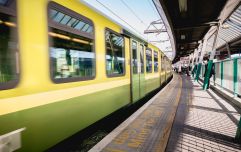 END_OF_DOCUMENT_TOKEN_TO_BE_REPLACED

"That is far from the case," he continued.

"I'd invite you to come to Cork and have a walk down some great streets in Cork and you'll see some great outdoor dining yesterday."

He said there was "no question" that outdoor dining had worked and been effective, saying that the Government will continue to work to make sure it's "viable" in the coming months.

"We can overplay this as well, but that being said, any issues that need to be resolved will be resolved through legal instrument," Martin continued.