Mostly dry, sunny weather on the cards for next few days as temperatures to hit low 20s

However, wet weather looks set to return later in the weekend.

Met Éireann has said mostly dry and sunny weather is on the cards for the next few days as temperatures will be in the high teens or low 20s.

Tuesday will be mainly dry and cloudy in the morning, with just the chance of a little drizzle at times.

END_OF_DOCUMENT_TOKEN_TO_BE_REPLACED

Brighter conditions with some hazy sunny spells will develop through the day, the best of which will be across Connacht and Ulster.

Temperatures will range from 15 to 19 degrees and will be coolest in the east.

It will then be mostly cloudy to start on Wednesday with isolated patches of drizzle.

Cloud cover will become more variable during the afternoon with some sunny spells developing; temperatures between 15 to 19 degrees are predicted in moderate winds.

Thursday will be generally dry again, with just isolated patches of drizzle.

There will be variable cloud cover, with some sunny spells at times - the best of which will be in the northwest.

Temperatures will range from 16 to 20 degrees and will be coolest along the east coast. 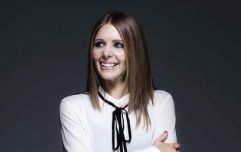 END_OF_DOCUMENT_TOKEN_TO_BE_REPLACED

On Friday, there will be a mix of cloud and clear spells with just the chance of some well-scattered patches of light rain or drizzle mostly in Munster.

Temperatures between 17 to 20 degrees have been forecast.

However, wet weather looks set to return later in the weekend, Met Éireann has also said.

Saturday morning will see sunny spells and scattered showers developing, with cloud increasing from the southwest during the afternoon.

Current indications suggest that rain will follow from the southwest through the evening hours, turning heavy at times with temperatures of 16 to 20 degrees in moderate to occasionally fresh and blustery winds. 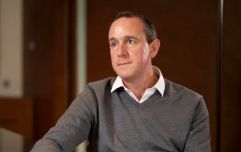 END_OF_DOCUMENT_TOKEN_TO_BE_REPLACED

On Sunday, persistent and occasionally heavy rain will clear northern parts in the morning with sunny spells and scattered heavy showers following from the south to all parts during the afternoon.

Temperatures will range from 18 to 21 degrees in moderate to fresh winds.

popular
New Netflix series looks like a must-watch for fans of Drive to Survive
The JOE Friday Pub Quiz: Week 279
The full list of all the new shows and movies coming to Netflix in February
The 50 most iconic songs of all time* have been revealed
John Travolta's Irish accent has to be heard to be believed
Jenny Greene to leave RTÉ 2FM's Drive Time to host new show
Gardaí release CCTV footage of last known whereabouts of Bernadette Connolly
You may also like
11 hours ago
10% increase in reported sexual offences in Ireland last year
13 hours ago
Met Éireann spoils our potential fun by downplaying the possibility of snow
15 hours ago
Gardaí release CCTV footage of last known whereabouts of Bernadette Connolly
19 hours ago
800 new jobs as US pharma giant invests €400 million in Irish plant
1 day ago
Fare reductions being considered to encourage people to use public transport
1 day ago
Over one-third of female students have experienced non-consensual penetration, survey finds
Next Page