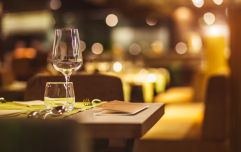 END_OF_DOCUMENT_TOKEN_TO_BE_REPLACED

Settle on the couch and watch a movie instead.

It may not be the best selection of all time, but sure take a look and see:

A relatively funny film with a star-studded cast (Zach Galifianakis, Isla Fisher, Jon Hamm and Gal Gadot). Decent, but nothing to write home about.

The release of the new James Bond may have been delayed, but at least there seems to be a 007 movie on TV every night to make up for it. 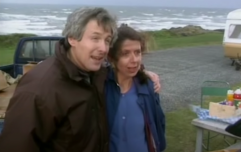 END_OF_DOCUMENT_TOKEN_TO_BE_REPLACED

Hilarious, though it doesn't reach the heights of the first movie or the TV show. You'll still get a few massive laughs out of it though.

As a rule, you should just watch everything that John Boyega is in. He's the best.

A crazy film starring Sting based on The Who's 1973 rock opera of the same name. Truly bonkers stuff.

The Big Reviewski || JOE · TBR Spotlight: Loki - Episode Two - 'The Variant'
popular
Sunshine to continue tomorrow after summer solstice sees temperatures of up to 20 degrees
QUIZ: Name all the counties of Ireland that contain 3 vowels or more
Public warned about another sophisticated phone scam doing the rounds
Man in his 40s pronounced dead after fatal traffic collision with lorry in Louth
The Queen appealing for volunteers to weed the garden of her Sandringham Estate
Dr Tony Holohan warning as Delta variant accounts for 20% of Covid-19 cases in last week
QUIZ: Can you name all these European countries from a list of cities?
You may also like
7 hours ago
Fast & Furious 9 review: A $200 million Itchy & Scratchy cartoon
10 hours ago
The cast of Fast 9 react to that Jurassic World crossover rumour
1 day ago
QUIZ: Who's the Daddy? Name the TV show that these famous Dads appear in
1 day ago
The JOE Movie Quiz: Week 107
2 days ago
One of the most terrifying horrors of the last ten years is among the movies on TV tonight
2 days ago
Matt Damon planning return trip to Ireland to travel around the country
Next Page