Multiple injuries have been reported after a car collided with pedestrians in Melbourne on Thursday afternoon.

Victoria Police reported that the driver of the car was arrested shortly after it collided with a number of pedestrians on Flinders Street between Elizabeth Street and Swanson Street in Melbourne city centre.

The driver of the vehicle and a second man have been arrested and are in police custody.

A number of people were treated at the scene for a range of injuries and have been transported to hospital.

Police are currently attending an incident on Flinders Street between Elizabeth and Swanston streets where a vehicle has collided with a number of pedestrians. Police have arrested the driver of the car. Extent of injuries are not known at this stage. (1/2)

Police are asking any witnesses to go to the Melbourne West Police Station at 313 Spencer Street, Melbourne and all vehicular and pedestrian traffic to avoid the area. (2/2)

Police officers in Melbourne have saturated the central business district (CBD) in Melbourne as a result of the incident; witnesses have been encouraged to report to Melbourne West Police Station and pedestrians and motorists have been urged to avoid the area.

Police have saturated the CBD area following an incident where a car has collided with a number of pedestrians on Flinders Street. All vehicular and pedestrian traffic are advised to avoid the area. More ➝ https://t.co/vW1hzCOmcc pic.twitter.com/KoPSI2zPcZ

Commuters have also been instructed to avoid Flinders Street station as a result.

UPDATE Flinders Street: Due to a major incident at the intersection of Elizabeth and Flinders Streets, passengers are advised to defer travel through Flinders Street Station. Please interchange for services at City Loop Stations. pic.twitter.com/M4YVMi8Jsv

Members of the public with video or images that might assist the police investigation into the incident have been encouraged to upload them using the link below.

If members of the public have video or images which might assist police with their investigation into the Flinders Street incident they are encouraged to upload them here → https://t.co/oFfWkid509 pic.twitter.com/fzmX79HOv5 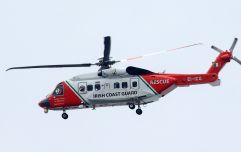 Man dies after being swept out to sea off Clare coast

END_OF_DOCUMENT_TOKEN_TO_BE_REPLACED

While police said that the extent of the injuries is currently unknown, The Age is reporting that up to 15 people were injured as a result.

Although the car, a white Suzuki SUV, is not believed to have been travelling at high speed when it collided with pedestrians, it is reported that it showed no signs of slowing down when the incident occurred.

popular
Amazon Prime Video has just added 16 big movies to its library
QUIZ: We bet you can't get full marks in this extremely frustrating geography quiz
"It will be with me until I die" - Charlie Bird opens up about "loveliest gesture" from Daniel O'Donnell
One person killed and three wounded in lecture hall shooting in Heidelberg
A new law now prevents employers using tips to ‘make up’ rates of pay on contracts
Ireland tells Russia that naval exercises off Irish coast are "not welcome"
QUIZ: Try score top marks in the hardest country flag quiz you'll ever take
You may also like
1 day ago
Gardaí appealing for witnesses in relation to alleged assaults in Sligo
1 day ago
Woman hospitalised following stag attack in Kerry
1 day ago
Gardaí arrest man in connection with drugs worth €1.4 million found in fridge
1 day ago
Two pedestrians injured in separate road traffic collisions in Dublin
2 days ago
Lisa Fallon praised as she opens up about terrifying ordeal on Late Late
3 days ago
Vast majority of pubs "gangbusters ready to go" with trading past 8pm tonight
Next Page