His mother said the comments broke her heart.

Richard Okorogheye has been missing for over a week and his parents believe they have not been 'taken seriously' by the London Metropolitan Police.

The 19-year-old did not come home after going to see his friend around 8.30pm on 22 March. The business and IT student, who studies at Oxford Brookes University, also suffers from sickle cell disease and has been shielding throughout lockdown.

END_OF_DOCUMENT_TOKEN_TO_BE_REPLACED

As if Richard's family's situation wasn't concerning enough, the initial response from the police is even more troubling. After having reported him as missing, an officer was reported as having said: “If you can’t find your son, how do you expect police officers to find your son for you?”

Clearly distraught over the whole situation and desperate to find her son, his mother, Evidence Joel and his father, Newton Okorogheye, believe they have not been taken seriously enough. 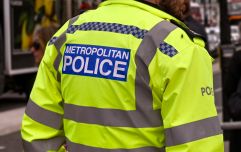 END_OF_DOCUMENT_TOKEN_TO_BE_REPLACED

She said: ‘I was expecting assurance" about her missing child, but the comments "broke [her] heart."

Joel also noted that they were told the police did not have the resources to check CCTV near their home. Despite this, Chief Inspector Clare McCarthy maintains that "officers have been working tirelessly to locate Richard, using all investigative opportunities and data enquires, speaking with witnesses and trawling CCTV".

His parents are also concerned over the possibility that Richard could have been groomed by someone online and that they could be "holding him against his will". As well as his illness, they fear he could otherwise be vulnerable as he was "struggling to cope" with shielding during the pandemic.

Richard Okorogheye went missing in Ladbroke Grove, West London, but it also believed to regularly be found in the areas of Westminster, Hammersmith and Fulham. Police in London are urging anyone with any information to come forward.

Police are appealing for help to find a young university student who has been missing in London for almost a week https://t.co/gDx4KhHiWY

popular
Nearly €400k worth of cannabis seized in Galway
QUIZ: Match The Simpsons quote to the character who said it
An exciting Irish crime thriller is among the movies on TV tonight
QUIZ: You'll need to be razor-sharp to get 100% in this General Knowledge Quiz
The JOE Friday Pub Quiz: Week 307
The JOE Music Quiz: Week 117
Disney+ has just added 10 big movies to its library
You may also like
2 months ago
ABBA reunite on stage for the first time in four decades
7 months ago
Four children dead following house fire in London
1 year ago
People in shared ownership housing can’t swim in world’s first ‘floating’ pool
1 year ago
Major incident declared in London as Covid cases overwhelm hospitals
1 year ago
Police officer shot dead in south London
2 years ago
Far-right demonstrators clash with police in London over Churchill statue
Next Page