While all their neighbours glow, North Korea remains steadfastly in the dark bar a tiny dot for the capital Pyongyang.

We all know that North Korea's dictatorial policies have made it one of the most unknown, and feared, nations on Earth. The few reports to have emerged from there in recent years speak of very difficult living conditions for the population under the leadership of Kim Jong-un, the third generation dictator of the country.

Journalists who have visited and reported to the rest of the world on the country have frequently spoken of regular power outages as one of the many problems the country deals with and now a picture released by NASA from the International Space Station confirms that problem.

Showing a glowing South Korea below and a bright China above, almost all of North Korea remains in total darkness. The one bright spot in the middle is the capital Pyongyang. 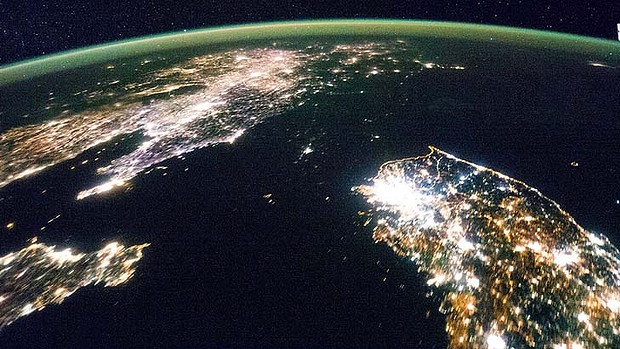 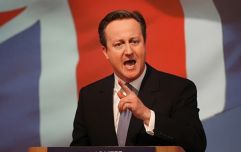 END_OF_DOCUMENT_TOKEN_TO_BE_REPLACED

"In this north-looking view, it is immediately obvious that greater Seoul is a major city and that the port of Gunsan is minor by comparison," NASA said in a statement.

"North Korea is almost completely dark compared to neighbouring South Korea and China. The darkened land appears as if it were a patch of water joining the Yellow Sea to the Sea of Japan."

NASA also point out that coastlines on most countries are usually lit up due to people living near the sea but North Korea doesn't appear to have any coastline because of the lack of artificial light.

popular
An exciting Irish crime thriller is among the movies on TV tonight
The JOE Friday Pub Quiz: Week 307
Record for hottest August day in Ireland ever has now been broken
WATCH: Flight makes scary 'lowest ever landing' at Greek airport, narrowly avoiding plane spotters
Danny Healy-Rae insists the Puck Fair goat is safe and well looked after
A great underseen action thriller is among the movies on TV tonight
Shooting stars set to light up Ireland's skies this weekend
You may also like
4 years ago
PIC: This is why you should always answer your phone when an Irish Mammy rings
5 years ago
PIC: Enda Kenny. On a Dublin Bike. In a vintage Mayo tracksuit. And a backwards cap. That is all.
6 years ago
PIC: You can almost feel this man's pain after his mates forcibly slapped his back
7 years ago
Pic: WWE fan gets GIANT portrait of The Rock tattooed on their leg
8 years ago
Pic: Steven Gerrard posts a picture of the Liverpool team on the beer in New York
8 years ago
Pic: Triple H welcomes Irish man Fergal Devitt to the WWE
Next Page