"It's important...we ensure that it is just this very narrow window of time and that these powers are dispensed with as quickly as possible."

As we enter into a Bank Holiday weekend like no other, the Gardaí have been given powers to enforce government guidelines on the restriction of movement and social distancing.

These are possibly the most restrictive measures ever introduced in peace-time Ireland since the foundation of the state. But what exactly do these restrictions mean for people's rights? 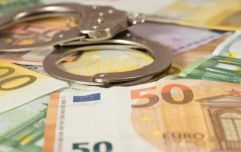 END_OF_DOCUMENT_TOKEN_TO_BE_REPLACED

Liam Herrick of the Irish Council for Civil Liberties spoke to us about the need for Gardaí to continue in the same vein of community policing as we have seen in recent weeks, how if the powers are used they must be monitored and recorded correctly and the concerns around the effects of policing by coercion rather than cooperation.

You can watch the video in full below.

"We hope it does not set a precedent for similar operations into the future."@ICCLtweet have voiced a number of concerns about new powers available to Gardaí to restrict people's movements.@LiamHerrick spoke to us about the approach needed from the Guards this weekend. pic.twitter.com/x0wg6xOLwV

The Big Reviewski || JOE · Cartoon Saloon's Tomm Moore & Ross Stewart on their incredible new film Wolfwalkers
popular
The JOE Movie Quiz: Week 80
The JOE Friday Pub Quiz: Week 220
9 weird and wonderful Irish Christmas traditions we absolutely love
Harry Styles hits back at critics who told him to be more 'manly'
Status Yellow snow warning issued for five counties
The JOE Music Quiz: Week 36
Here are the 6 best movies on TV tonight
You may also like
5 days ago
Two suspected ‘Shebeens’ with operational bars investigated by Gardaí on the same night
1 week ago
Man arrested following attempted armed robbery of post office in Donegal
2 weeks ago
€5 million of suspected ecstasy and MDMA seized by Gardaí in Dublin
2 weeks ago
Man arrested after threatening woman with a hammer and stealing her car in Louth
2 weeks ago
An Garda Síochána launches host of new Garda vehicles
2 weeks ago
Man arrested after breaking into church and stealing candles in Tipperary
Next Page