An investigation is underway after a woman who had recently given birth was found dead in her room at Cork University Maternity Hospital.

She was found early on Monday morning on the floor with her baby underneath her.

Attempts to revive her were unsuccessful and she was pronounced dead, according to The Mirror.

It is being treated as a tragic incident, although the cause of death is not known.

The infant sustained serious injuries and is receiving emergency care at the hospital. 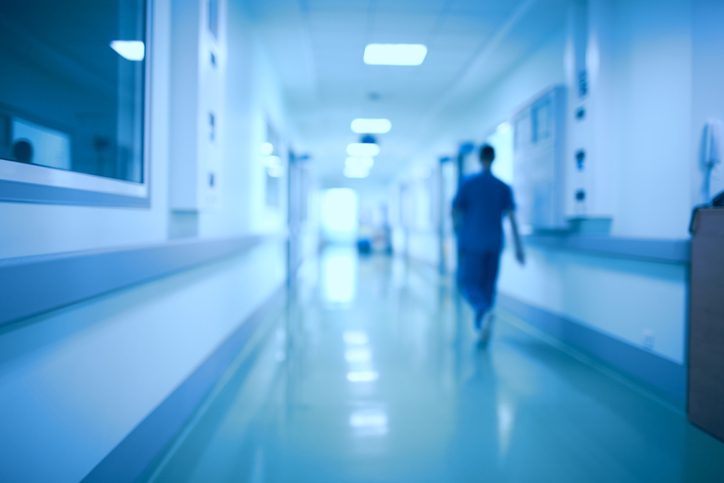 "Our priority is supporting the patient’s family and therefore we will not be commenting on the individual case at this time.”

END_OF_DOCUMENT_TOKEN_TO_BE_REPLACED

It is believed the woman, who was in her 30s and in a single room, may have been breastfeeding when the accident happened.

One possible line of investigation is that she fell out of bed due to a medical episode.

Staff had checked on her at around 7am, according to the Irish Times, and saw no sign of anything being wrong.

A full post-mortem is due to be carried out on her body.


popular
The footage of the SpaceX Falcon 9 rocket landing on a drone ship is well worth viewing
The JOE Music Quiz Week 14
Two arrested as 40 youths obstruct Gardaí in Salthill, Galway
Here are the best movies on TV this evening
QUIZ: Can you recognise the Black Mirror episode from still image?
The JOE Movie Quiz: Week 54
The JOE Friday Pub Quiz: Week 193
You may also like
9 hours ago
Two arrested as 40 youths obstruct Gardaí in Salthill, Galway
1 day ago
Nine further deaths confirmed due to Covid-19, 59 new cases
1 day ago
Gardaí make two arrests in connection with attempted robbery of Cork bookies in 2018
1 day ago
President Michael D Higgins says we need to look at how frontline workers are paid
1 day ago
Man and a woman arrested following stabbing in Limerick
2 days ago
Body of woman recovered from the sea on Achill Island
Next Page