According to research by The Reputation Institute, people from across the globe think of Ireland as the eleventh-best country in the world. Not too shabby, considering there are 197 of them.

Perhaps most importantly, we're more popular than the United Kingdom, who finished two places behind us in thirteenth. 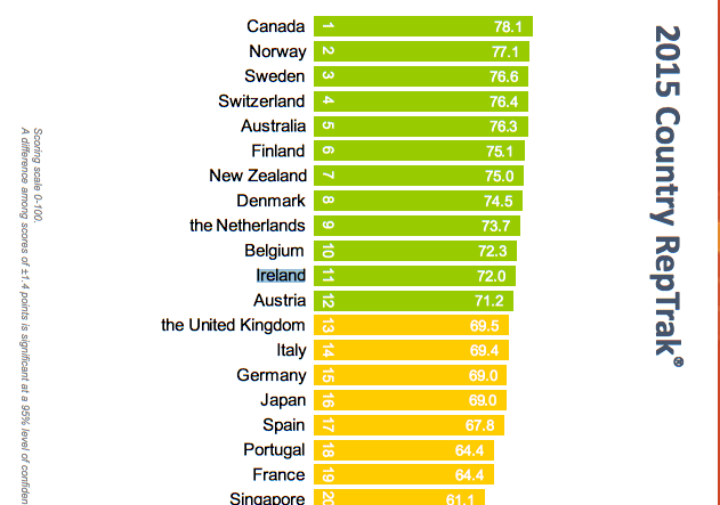 END_OF_DOCUMENT_TOKEN_TO_BE_REPLACED

The Reputation Institute surveyed over 48,000 people across the G8 countries in order to establish which countries are the jocks of the geo-political high-school. The study also took 'effective government', 'appealing environment' and 'advanced economy' into account.

Perhaps unsurprisingly, Ireland also made it into the top ten for 'appealing environment'. 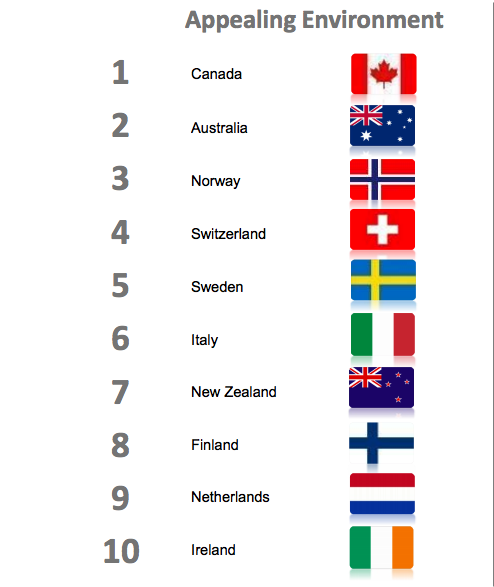 Overall, Ireland has risen two places from its last finish, largely thanks to its slowly recovering economy.

END_OF_DOCUMENT_TOKEN_TO_BE_REPLACED

The worldwide praise Ireland has enjoyed after its legalisation of same-sex marriage is sure to give us a further bump in next year's reputation, so look out Belgium and the Netherlands. We are coming for you.

Overall, Canada took home the spoils, topping the charts, but we contend that it's only because there are so many Irish people living there now.

popular
Amazon Prime Video has just added 38 very big movies to its library
Mia Khalifa claims seaside town is better than Miami
The 50 most iconic songs of all time* have been revealed
We just got the first trailer for a movie not out until 2024
The start of the superhero takeover of Hollywood is among the movies on TV tonight
21 jokes that are so bad they're actually brilliant (but still quite bad)
The Banshees Of Inisherin is arriving on Disney+ sooner than you might expect
You may also like
1 day ago
Woman arrested in connection with dog attack in Wexford that left child seriously injured
1 day ago
We could be getting snow this Thursday, according to Met Éireann
2 days ago
Ireland sees '100% success rating' with four-day work week trial
2 days ago
Winter warning issued as "severe" week of cold weather in store for Ireland
4 days ago
Temperatures set to drop to freezing this weekend as Christmas predictions emerge
6 days ago
11 Irish counties in the spotlight as Gardaí crack down on sex trade
Next Page