It is being pushed back.

New Zealand has decided to postpone its phased border reopening until February after concerns were raised over the rapid spread of the Omicron variant worldwide.

The nation had begun easing some of its restrictions around international travel after seeing its borders closed for nearly two years amid the pandemic. 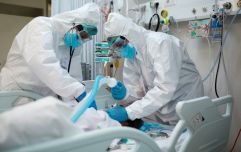 Tax-free payment of €100,000 available to families of healthcare workers who died from Covid

END_OF_DOCUMENT_TOKEN_TO_BE_REPLACED

The international borders restrictions were set to loosen in January, with all foreign tourists allowed to return to the country from April.

Those arriving into the country that are citizens of New Zealand and coming from Australia were set to be allowed to do so from January 16 but this has been delayed until February, according to Covid-19 Response Minister Chris Hipkins.

"All of the evidence so far points to Omicron being the most transmissible Covid-19 variant yet," he said in a press conference in Wellington.

"There's no doubt this is disappointing and will upset many holiday plans, but it's important to set these changes out clearly today so they can have time to consider those plans."

END_OF_DOCUMENT_TOKEN_TO_BE_REPLACED

He added that the measures were a precaution as it is still unknown how sick the Omicron variant makes people and how it might impact the health system.

The stay in quarantine facilities is also set to be increased from one week to 10 days, with the pre-departure test required to enter New Zealand being reduced from 72 hours to 48 hours.

Prime Minister Jacinda Ardern said the decisions have been made as a way to give the Government more time to prepare for the impact of Omicron.

"It's unfortunately not a case of if (it spreads in New Zealand) but when ... it's so easily spread. So we are doing everything we can to make sure we are prepared," she said on Facebook Live.

New Zealand so far has reported 22 cases of the Omicron variant, with them all being at border quarantine facilities and yet to appear through community transmission.

popular
The JOE Movie Quiz: Week 173
QUIZ: Only the brightest will conquer this tricky General Knowledge Quiz
One of the most ridiculous blockbusters of recent years is among the movies on TV tonight
The JOE Friday Pub Quiz: Week 314
QUIZ: How well do you remember Avatar?
Jeffrey Dahmer’s dad thinks he knows what’s to blame for son becoming a serial killer
The JOE Music Quiz: Week 123
You may also like
2 months ago
Covid-19 testing centres may be stood down entirely later this year
2 months ago
Numerous complaints against Pat Kenny 'Covid Roundup' segment rejected by Broadcasting Authority
2 months ago
WHO Director-General says Covid pandemic is "nowhere near over"
2 months ago
Dublin Airport denies making 1,000 people redundant during the pandemic
3 months ago
12 Aer Lingus flights cancelled due to spike in Covid cases among staff
3 months ago
Paul Reid announces decision to step down as HSE boss with a "heavy heart"
Next Page