Not a laughing matter, but very funny.

The thought of a plane landing in a city and a country that it was not intended to land in evokes a very different response depending on the context surrounding it. For example, if you are on said plane then it is not funny at all and is in fact infuriating. If you are not on said plane it's fucking hilarious.

It may sound uncommon, and it is, but this exact scenario occurred on Monday morning when a flight that was supposed to be bound for Düsseldorf (Germany) accidentally landing in Edinburgh (not Germany). 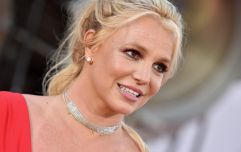 Britney Spears' conservatorship is terminated by judge after 13 years

END_OF_DOCUMENT_TOKEN_TO_BE_REPLACED

The flight departed London City Airport in the morning and was scheduled to arrive in Germany two hours later. Passengers then heard an announcement from the pilot saying "Welcome to Edinburgh", which they believed was a joke.

It wasn't a joke, but it was funny. Not just my view, but clearly the view of BBC News reporter Simon McCoy, who this afternoon was reporting on the story outside of Westminster.

Recalling the details of what occurred, McCoy couldn't help but allow chuckles - at first slow, but steadily quick and hearty - to erupt from within. He attempted to control himself, but only succeeded marginally.

He made a late effort to control things by saying "this is not a laughing matter", but the damage was done. Watch the brilliance below.

Quality entertainment from @BBCSimonMcCoy as he struggled to compose himself while describing the #dusseldorf flight that accidental arrive at Edinburgh! pic.twitter.com/cAkIf1F3qY

popular
One of Keanu Reeves' best movies has just been added to Netflix
QUIZ: Can you get full marks in this General Knowledge Quiz?
Just in time for Christmas, all eight Harry Potter movies are now available to stream at home
The 50 most iconic songs of all time* have been revealed
The JOE Friday Pub Quiz: Week 272
QUIZ: Can you get 20/20 in this desperately tricky capital cities quiz?
House of Gucci has the best sex scene from a big Hollywood movie in years
You may also like
1 week ago
I'm A Celebrity's Richard Madeley rushed to hospital after falling ill
4 weeks ago
At least eight dead and several injured in crush at Travis Scott's Astroworld festival
1 month ago
Two youths arrested in Belfast after violence at anti-protocol rally
1 month ago
New Squid Game cryptocurrency scams millions of dollars from investors
1 month ago
TikTok star arrested for murdering wife and man could face death penalty
1 month ago
Mindhunter director tells fans to "make enough noise" to get season three made
Next Page