Nigel Farage has been saying republican phrases again, but in reality, he's the one laughing

Does anyone believe he's bothered?

Just over a week ago, Nigel Farage made headlines all across Ireland and the UK by proclaiming 'Up the Ra' on a Cameo video message.

Fast forward to the present day and Farage is once again nailing his republican colours to the mast as he has recorded a clip wishing a happy birthday to 'Gerard Adams', who turned 71 recently.

All good so far, but Farage goes on to say Gerard's friends are looking forward to seeing him at "Tiocfaidh ár lá in Brighton".

Farage has been caught again wishing Gerry Adams a happy birthday and a Tiocfaidh ar la from Brighton pic.twitter.com/YmyTcKdFav

There it is. Farage the old rapscallion has been caught out again. He's after coming out and saying the slogan of Irish Republicanism. What a donkey!

First things first, Cameo is a platform where you can pay a sum of money to a variety of public figures and they will send you a personalised video message including the details you wish.

The price for such a video from the former UKIP leader? Well, you can pay £87 for the privilege, which works out at around €103.10 in today's exchange rate.

It's all a bit of fun, I guess, and as one person put to me recently, "it's priceless to embarrass him". 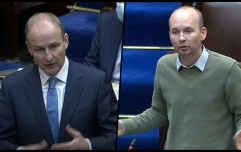 END_OF_DOCUMENT_TOKEN_TO_BE_REPLACED

But the question is, does anyone really believe that Nigel Farage - Nigel Farage! - is in any way bothered about saying something embarrassing on a public platform?

The same Nigel Farage who wrote on Twitter earlier this year that a boat of 12 migrants crossing from Dover had all tested positive for Covid-19, only for the official UK Home Office Twitter account to reply underneath saying this untrue and none had tested positive. He then left the factually incorrect statement up on Twitter for an extended period, allowing it to be shared widely by his supporters.

The same Nigel Farage who in 2014 said he felt uncomfortable when he heard people speaking in other languages on London transport.

The same Nigel Farage who stated in 2018 that he believed the US President Donald Trump should win the Nobel Peace Prize.

The same Nigel Farage who said in 2019 that climate change is a "scam" being used by the banking and political systems to push forward a transnational government. 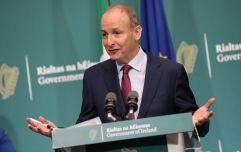 Taoiseach says he does not anticipate lockdowns over Christmas this year

END_OF_DOCUMENT_TOKEN_TO_BE_REPLACED

So while we can all laugh at Farage for his thoroughly uniformed opinions and ill-advised Cameo videos, you can bet he's laughing too.

But he's full of mirth while walking to the bank with his big bag of cash.

popular
These are the most generous counties in Ireland, according to GoFundMe
More counties issued with weather warnings as Storm Barra hits Ireland
Schools affected by Storm Barra expected to reopen tomorrow, says Minister
Woman in her 30s injured after falling from balcony in Cork city
"Absolutely no follow-up" on contact tracing in nightclubs and live venues
Woman in her 90s dies following road crash in Clare
An underseen Keanu Reeves adventure is among the movies on TV tonight
You may also like
1 month ago
"I won't be reading it." Donnelly responds to claims Taoiseach lost faith in him in new book
1 month ago
WATCH: David Attenborough delivers emotional speech on climate emergency
1 month ago
'We have to be careful' – Ministers address possibility of further restrictions
1 month ago
Simon Harris "surprised" by lack of booster programme for healthcare workers
1 month ago
Fatal stabbing of David Amess declared a terrorist incident by police
2 days ago
An Post has created two new stamps to commemorate 100 years since the Treaty
Next Page