No, it's not World War III: An explainer on the current situation between the US and Iran

In the immediate aftermath of Qassem Soleimani's death, #WorldWarIII began to trend worldwide.

The assassination - carried out by the United States via military airstrike in the capital of Iran's neighbour, Iraq - was an unprecedented escalation in tensions between the two states, who share a long-standing enmity.

Bad blood between the two countries dates back as far as the 1950s, when Iran's democratically elected Prime Minister Mohamed Mossadegh sought to nationalise the country's oil production. Fearing the effect of this move on global oil prices, the US and United Kingdom deposed him and put a figurehead leader in place.

In the decades that followed, Iran's relationship with the United States has become one of the world's most fraught, and most poorly understood. The Shah was ousted in 1979, and replaced by a council of Ayatollahs, which stills rule the gulf nation.

Iran also has an elected parliament, though there is scepticism around both the freedom and fairness of their elections, and the true power ultimately rests with Supreme Leader Khameini, not the consultative assembly, or President Hassan Rouhani.

From the outset of his campaign for presidency, Donald Trump said that he would renege on the US-Iran nuclear deal — a landmark foreign policy achievement of the Obama administration. Lauded by leaders the world over, the deal was seen as a victory for diplomacy, and resulted in Iran agreeing to curb their production of enriched uranium — a crucial ingredient in the development of nuclear weapons.

The assassination of Soleimani saw the US twist the dial all the way up on a conflict that had been cold, and last night Iran responded by hitting Iraqi bases that house US troops.

The Pentagon has confirmed that there were no casualties as a result of last night's strike, as have the Iraqi army, which doesn't happen by accident. Instead, the lack of a death toll sends a clear message. That this was retaliation in name only.

All is well! Missiles launched from Iran at two military bases located in Iraq. Assessment of casualties & damages taking place now. So far, so good! We have the most powerful and well equipped military anywhere in the world, by far! I will be making a statement tomorrow morning. 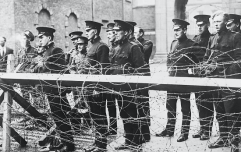 END_OF_DOCUMENT_TOKEN_TO_BE_REPLACED

Without any human cost, the US has no reason to strike back. Donald Trump has already taken to Twitter to say that "All is well!" As for the damages and casualties, the president said "So far, so good!"

It marks a tonal departure from his threats last week, when he said: "They attacked us, & we hit back. If they attack again, which I would strongly advise them not to do, we will hit them harder than they have ever been hit before!

"If Iran strikes any Americans, or American assets, we have targeted 52 Iranian sites (representing the 52 American hostages taken by Iran many years ago), some at a very high level & important to Iran & the Iranian culture, and those targets, and Iran itself, WILL BE HIT VERY FAST AND VERY HARD. The USA wants no more threats!"

Whether or not the US leader, now in the final months of his first term, will act in response to last night's bombardment remains to be seen. His assassination of Soleimani proves that he's prepared to act without consulting the houses of Congress and cemented his reputation as an unpredictable actor on the world stage.

By hitting US assets last night, Iran proved not that it doesn't fear Trump's words, but that it doesn't believe them. A similar point was proven in 2017 when Trump promised "fire and fury" for North Korea in response to any provocation. Then, when the rogue state fired a missile 30km from Guam, Trump did nothing. 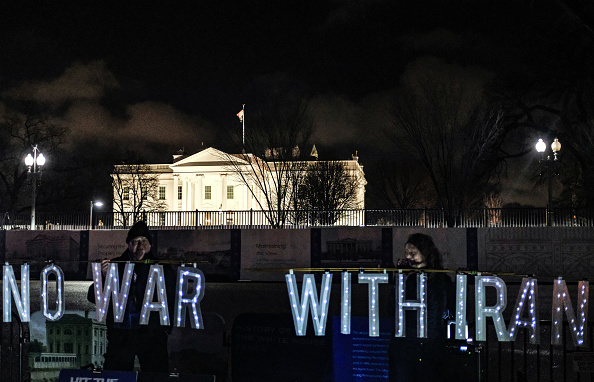 What can be certain is that there will be no world war, in any sense of the phrase. The fighting will be confined to the same region that has spent the last two decades being pummelled into sand and dust.

It is obviously legitimate to be scared by geopolitical turmoil, but it is important to grasp perspective and realise the people who will truly suffer are not in Ireland, or even the US, but Iran, Iraq and the surrounding states.

Even the opening salvos tell you much about the nature of the conflict. The US waited until Soleimani was in its allied nation of Iraq before it struck, and an Iraqi leader was killed as collateral damage.

The Iraqi parliament then voted to expel US troops from their country, obviously afraid of what would come next — whether it be further aggression from the United States, or retaliation from their Persian nemesis.

The US troops didn't budge, and lo and behold, Iran attacked. But they didn't attack the US mainland. No, never. They attacked two US bases in — wait for it — Iraq.

The Revolutionary Guard isn't coming to invade Washington DC, or London, or Paris. If there's a war, it will be a war in the Middle-East and thousands upon thousands more Middle-Eastern people will die - as they have been doing, in their millions, since operations in Afghanistan, Iraq, Yemen, Syria and elsewhere have begun.


popular
Here are Ireland’s favourite takeaways, as per the National Takeaway Awards
Seven leaders announced for RTÉ's multi-party debate
TG4 to air a documentary on Ireland's homeless crisis this evening
Met Éireann forecasts risk of sleet and possibly snow in parts of Ireland this weekend
Eddie Rocket’s are giving away free kids meals this Friday
QUIZ: Week 16 of JOE's 19 in 90 quickfire quiz is here
Disney+ has brought forward its launch date in Ireland and confirmed its price
You may also like
5 days ago
Paddy Holohan has been suspended from Sinn Féin over his claims that "scum" underage girls were having sex with men and blackmailing them
1 week ago
All of Ireland's political parties are profoundly unpopular
1 week ago
Confusion reigns as people who "registered" in the past year may not be eligible to vote in general election
1 week ago
Verona Murphy to run as independent candidate in general election
1 week ago
Sinn Féin backs deal to restore power-sharing in Stormont
2 weeks ago
Fine Gael's epic own goal on RIC event can't be blamed on the public's "disappointing response"
Next Page