All NPHET minutes to be published tomorrow

All minutes will be published after tomorrow's meeting.

All minutes of meetings held of the National Public Health Emergency Team (NPHET) will be published tomorrow, Dr Tony Holohan confirmed this evening.

There had been a backlog formed relating to minutes, with the most recently published being that of a meeting held on 8 May. This delay has been attributed to a workload issue, Dr Holohan has said on numerous occasions. 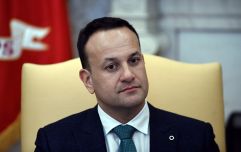 END_OF_DOCUMENT_TOKEN_TO_BE_REPLACED

The lack of minutes has been raised in the Dáil on numerous occasions, including a number of points by Labour leader Alan Kelly, and Solidarity-People Before Profit's Richard Boyd-Barrett this afternoon.

NPHET have tended to meet on a twice-weekly basis, with certain weeks requiring more and others less. There was one meeting of the group last week, due to a number of members appearing before the Oireachtas Special Committee on Covid-19 response, while it was deemed necessary for one meeting as well this week.

Speaking at the daily Department of Health Covid-19 briefing this evening, Chief Medical Officer and the Chair of NPHET Dr Holohan confirmed that they would be brought up to date tomorrow; "We have a NPHET meeting tomorrow, and we have some minutes to clear, and once we're in a situation where the NPHET, and that has to be the process, clears and approves them, we'll then be in a position to publish those, and that will bring us up to date."

At the briefing this evening, it was reported that 17 more people have died from Covid-19 in the Republic of Ireland, while there were 73 new cases of the virus confirmed.

The Big Reviewski || JOE · TBR Spotlight: Loki - Episode Three - 'Lamentis'
popular
The 50 most iconic songs of all time* have been revealed
PICS: The man with the biggest penis in the world has one unbelievable problem with it
The Ultimate Robert De Niro Quiz
People think they've figured out the ranking of the viewers on your Instagram Stories
It’s official, your pint is one of the most expensive in Europe
Irish punters could turn €0.98 into hundreds of millions* with a bet on the Super Jackpot
21 jokes that are so bad they're actually brilliant (but still quite bad)
You may also like
9 hours ago
348 new cases of Covid-19 reported across Ireland
10 hours ago
Leo Varadkar says extra AstraZeneca vaccine could be given to over-18's to help curb Delta variant spread
11 hours ago
Calls for Communions and Confirmations to be cancelled amid Delta variant concerns
17 hours ago
All Together Now postponed until 2022 after "exhausting all possibilities" to stage festival this summer
17 hours ago
"Too early to say" if return of indoor pubs and restaurants will be delayed, says Stephen Donnelly
1 day ago
Micheál Martin stresses need to be "vigilant" ahead of July reopening amid "significant increase" in Delta variant
Next Page