Back in 2008, O.J. Simpson was charged with armed robbery, kidnapping and a total of ten charges.

He was found guilty, and subsequently sentenced to jail for 33 years.

On Thursday afternoon, a parole hearing was held for the case, with Simpson, now aged 70, having served nine years of his sentence. 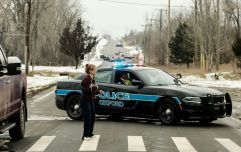 END_OF_DOCUMENT_TOKEN_TO_BE_REPLACED

The parole board mentioned his noted his lack of prior convictions, compliance through the process, and good behaviour in prison as the reason why they had granted him parole, leading to an early release.

Here is Simpson responding to the conditions of his parole.

Simpson could be released from prison by October this year, provided he does not break any of the rules of his parole.

popular
Woman killed in Clare crash named as Peggy Twomey, mother of Marty Morrissey
These are the most generous counties in Ireland, according to GoFundMe
Amazon Prime Video has quietly added 8 big new movies to its library
A fun action flick with Nicolas Cage is among the movies on TV tonight
Every child in Direct Provision will get a Christmas present this year following fundraiser
Schools and third level institutions to remain closed in counties affected by orange or red weather warnings
An underseen Keanu Reeves adventure is among the movies on TV tonight
You may also like
2 weeks ago
Kyle Rittenhouse breaks silence after not guilty verdict
1 month ago
Jonah Hill asks fans to stop making comments about his body
1 month ago
Police in the US confirm cause of death for influencer Gabby Petito
1 month ago
Netflix co-CEO not going to remove Dave Chappelle comedy special amid ongoing criticism
2 months ago
Treasury Secretary warns US government will run out of money by October 18
2 months ago
R Kelly convicted of racketeering in sex trafficking trial in Brooklyn
Next Page