PIC: Police seize device after reports of group shocking people in Tyrone with a cattle prod

One step closer to justice...

Citizens across Omagh in County Tyrone had complained of a roving group using a cattle prod to prod people through the window of a moving vehicle on St. Stephen's Day.

On Friday (28 December), it seemed as though progress had been made in the investigation — as the Police Service of Northern Ireland (PSNI) seized a cattle prod.

END_OF_DOCUMENT_TOKEN_TO_BE_REPLACED

A statement from the PSNI branch in Omagh, posted on their official Facebook page said:

"We often end up with some strange items in the back of police cars - especially after busy nights out.

"Tonight, however, one crew arrived back with this in their car. A cattle prod.

"And it wasn’t lost but seized by officers who received reports that a number of people around the Omagh town area had been ‘prodded’ from a passing vehicle. Enquiries are ongoing." 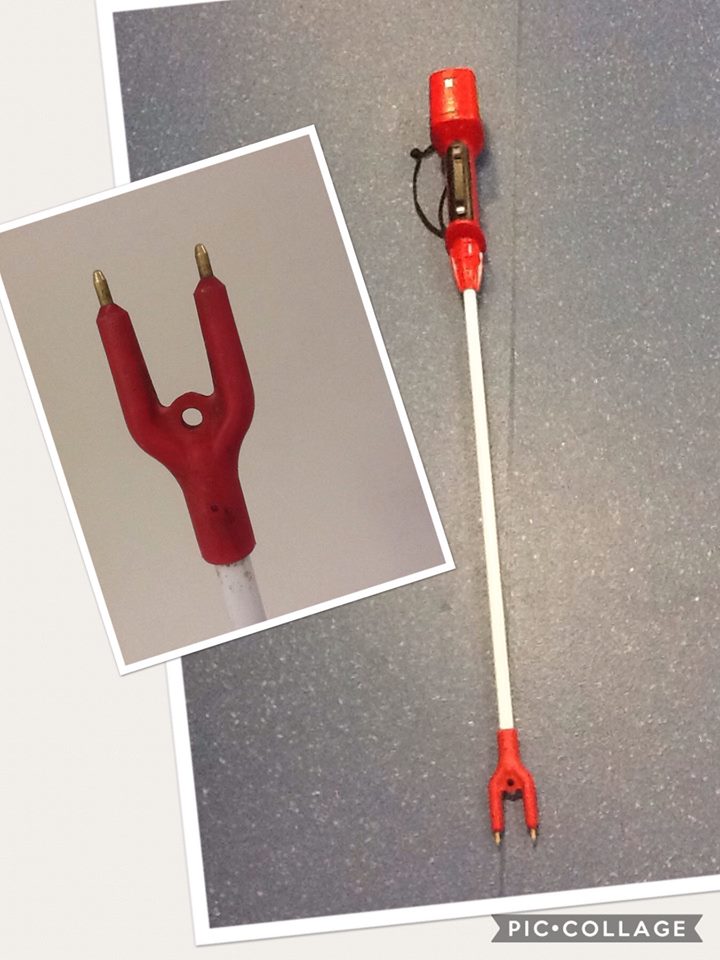 Safe to say you wouldn't want to be getting a shock from one of those.