A 50-year-old man was arrested following what is being described as a racist hate crime.

A man has been arrested following a "hate crime" on house in Omagh, Tyrone.

Detectives have arrested the 50-year-old man following an incident at a property in Saint Patrick’s Terrace on Saturday night (1 February).

END_OF_DOCUMENT_TOKEN_TO_BE_REPLACED

The PSNI has said that man with a bat attacked a house while shouting racial slurs as he tried to force his way into the property.

As a result, a 22-year-old woman and a three-year-old boy who were inside the home jumped from a first floor window.

The woman has sustained pelvic injuries that will require surgery as a result, while the child was not harmed.

The incident occurred at approximately 10.25pm. 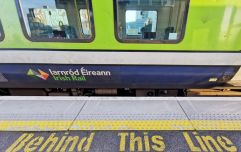 END_OF_DOCUMENT_TOKEN_TO_BE_REPLACED

Detective Sergeant Robinson said: "The suspect in custody was arrested at the scene and remains in police custody at present.

"We are treating this incident as a hate crime and I am appealing for witnesses.

"Hate crime has no place in society and should be rejected and reviled by everyone. If you can help our investigation, please get in touch by calling 101, quoting reference 1876 01/02/20."