Pope Francis agrees to change the 'Our Father' prayer

You know the one.

The ‘Our Father’ prayer is set to change following a decision by Pope Francis, who said some of the words implied God pushes people toward sin. 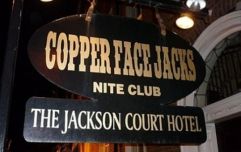 END_OF_DOCUMENT_TOKEN_TO_BE_REPLACED

The pontiff approved the revision because he believes the original portrays God in a false light and that Satan is the “one who leads you astray”.

He stated his belief that the English translation of the prayer was not correct.

The new wording was approved by the general assembly of the Episcopal Conference of Italy last month.

The third edition of the Messale Romano, the liturgical book that contains the guiding texts for mass in the Roman Catholic church, will feature an updated version of the prayer.

The prayer has been a bone of contention for Pope Francis for a number of  years, having said in 2017 that he believed the wording to be problematic.

“It is not a good translation because it speaks of a God who induces temptation,” he told Italian TV. “I am the one who falls. It’s not him pushing me into temptation to then see how I have fallen.

“A father doesn’t do that; a father helps you to get up immediately. It’s Satan who leads us into temptation – that’s his department.”