Over four out every 10 pubs in Dublin plan on reopening early.

More than four out of every 10 pubs in Dublin are planning on reopening ‘essentially as restaurants’ on 29 June, according to new figures released by the Licensed Vintners Association (LVA).

The figures were revealed in a survey conducted by the LVA between Monday and Tuesday of this week, with 44% confirming their intention to reopen on 29 June. 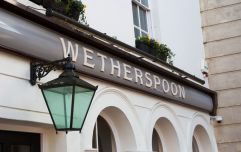 END_OF_DOCUMENT_TOKEN_TO_BE_REPLACED

As it stands, pubs are not expected to reopen until 10 August (Phase 5) at the very earliest.

When applied to the 750 pubs located across the capital, that means approximately 330 are planning to reopen. These pubs have restaurant certificates and accordingly are licensed restaurants, according to the LVA.

The survey also revealed that food is available from more than seven out of every 10 Dublin pubs, with 72% confirming they serve food on their premises.

The LVA are advocating that all pubs that serve food be allowed open on 29 June on the same basis as restaurants.

In light of this data, the LVA has called on the Government to follow through on their promise to engage with the sector about the future of pubs.

Speaking on Wednesday in reaction to the survey, LVA Chief Executive Donall O’Keeffe said: "This again highlights the urgent need for the Government to engage with the pub sector. More than four out of every 10 pubs across Dublin are gearing up to reopen as restaurants next month.

"This reflects the strong emphasis many pubs throughout Dublin have put on food service in recent years. 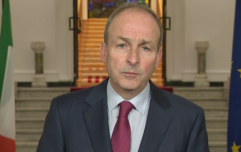 END_OF_DOCUMENT_TOKEN_TO_BE_REPLACED

"These venues have restaurant certificates and are just as capable of following the public health guidelines as restaurants and cafes. Food is a major aspect of their business so why should they be treated differently to other venues serving food and alcohol?

"We expect there will be a strong demand for these venues, with many pubs reporting a significant public appetite for when they will be serving food again."

popular
Gardaí warning people not to make unnecessary journeys in anticipation of Storm Barra
Man dies after being attacked by newly calved cow in Mayo
Carlow woman banned from keeping animals for life after starving dogs to death
This new rom-com about writing a Christmas #1 is absolutely going to make you cry (in a good way!)
"Danger to life" risk with Storm Barra "weather bomb", warns Met Éireann
An underseen Keanu Reeves adventure is among the movies on TV tonight
A terrific crime thriller is among the movies on TV tonight
You may also like
3 weeks ago
Calls for phone line for public to report pubs and restaurants not enforcing Covid checks
1 month ago
"It’s obvious these guidelines were issued by Government without any meaningful consultation with the hospitality sector."
2 months ago
Limerick pub vows to keep vaccine requirement in place after 22 October
3 months ago
Nightclubs call on Government to scrap late night venue charges ahead of reopening
3 months ago
Gardaí launch investigation into "indoor gathering" after Danny Healy Rae controversy
4 months ago
Restaurants Association "didn't know until yesterday" that 200 people could gather outdoors
Next Page